The Spending Review Process carried out by the Government of PM Mario Monti, enacted into law n. 135/2012, had a significant impact on State-level Public Cultural Bodies also. Two measures have been adopted for cutting public expenses and reducing the inefficiency of the public sector in this field. The first one is the abolition of Arcus, Society for the Development of Art, Culture and Performance, with capital undersigned by the Economy Ministry but depending in its activities on the addresses of Ministry for Cultural Heritage and Activities and Ministry of the Infrastructures, created to be a financial tool for the support of public and private initiatives and projects in the cultural field. The second one is the abolition of the Ministry for Cultural Heritage and Activities Seven Scientific and Technical Advisory Bodies as a consequence of a general provision aimed at reforming and rationalizing Public Bodies landscape. Other measures directed to reforming Public Cultural Bodies in the Cinematographic sector have been suggested by the Government but not accepted by the Parliament. Although it is clear that Public Bodies reform must play a significant part in cutting out waste and inefficiency, these measures far from giving expression to a strategic spending review seem to be only adequate to take away tools and bodies which would have required Ministry to rethink itself and its role so to interact with private and public actors and to support a different idea of the cultural interest as an economic and social, not only state, value. 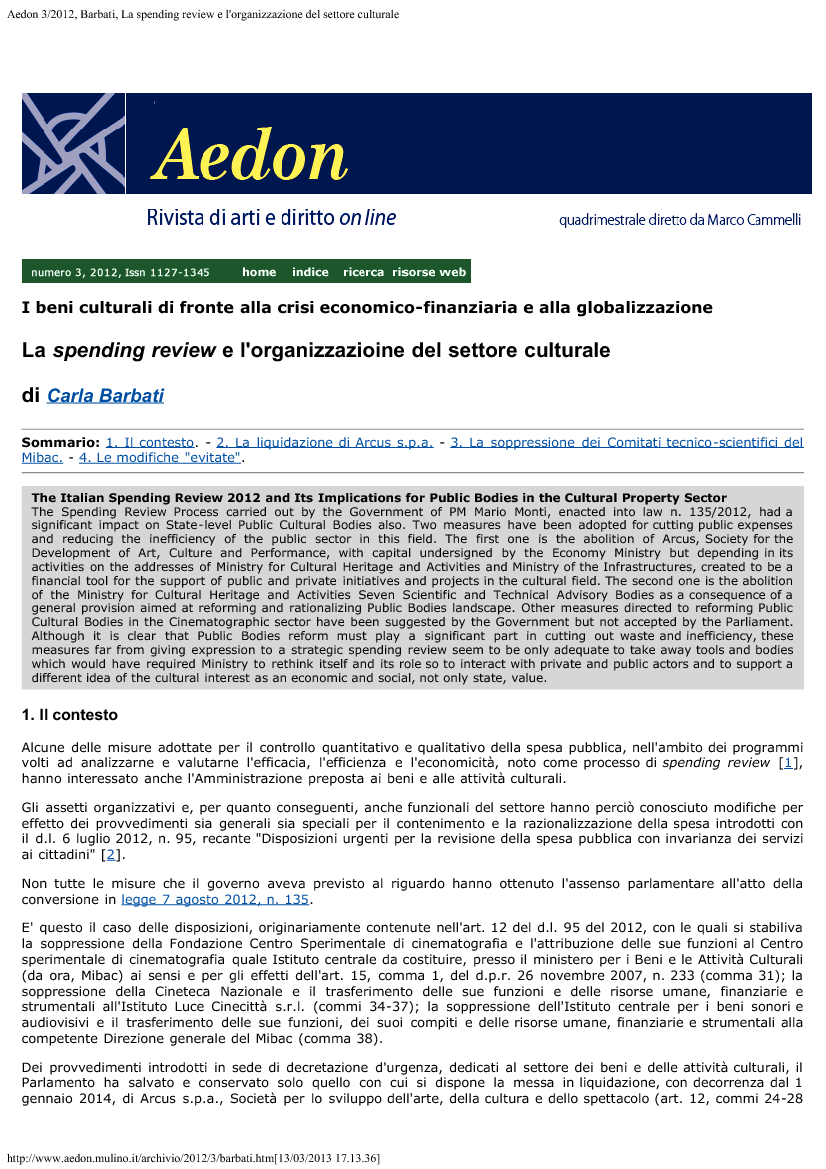