The article aims at analysing the role of private parties (considered as private owners, charities, trusts, associations and private companies) in the protection, promotion and management of cultural heritage in England. While historically the relationships between public and private spheres showed dynamics based on command and control mechanisms set forth by specific legislative provisions, subsequently many private bodies (mainly charities and associations) have reached both an advisory and managerial role. Moreover, since the early eighties, the recognition of the social and economic value of cultural heritage has stressed the role of private parties as supporters, through the provision of a wade variety of fund raising instruments. On these premises, some conclusive considerations concerning the main features of the English legal model of protection and its sustainability in a comparative perspective are hereby presented. 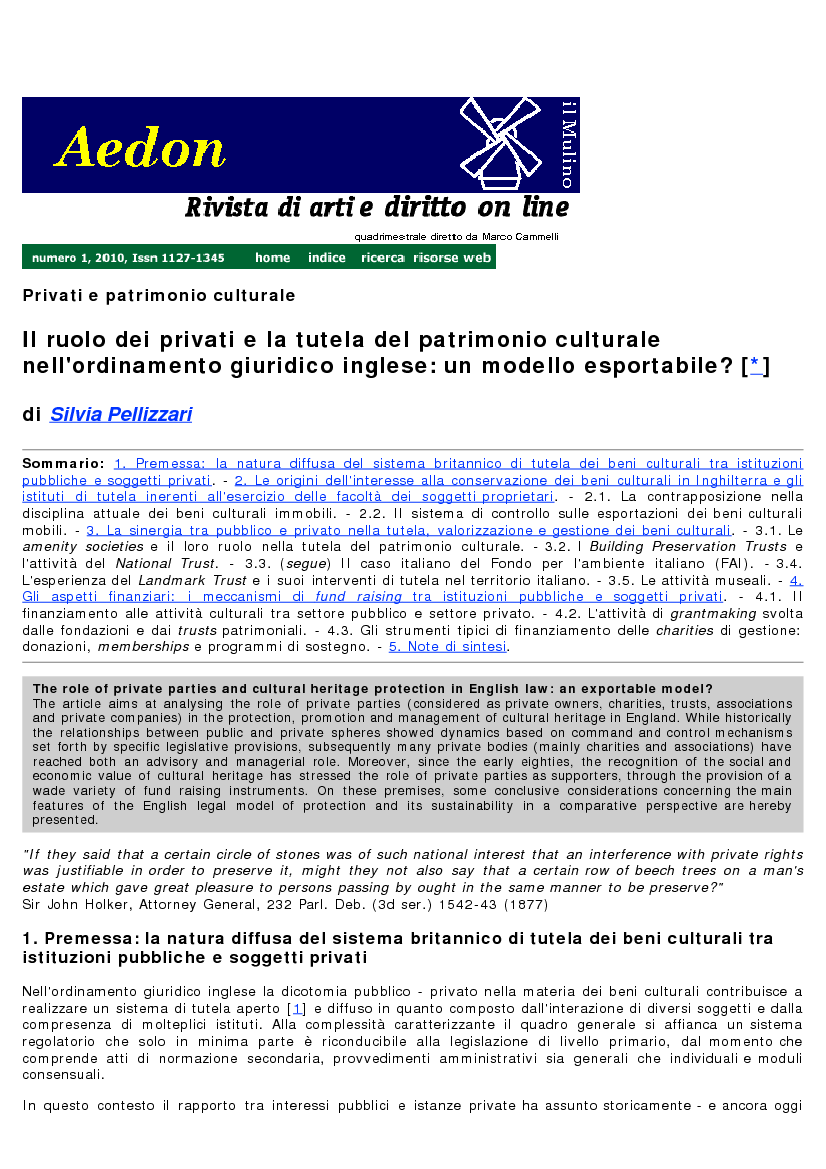