Starting point of this paper is the debate, which arose between the Ministry of Cultural Heritage and the Lombardy Region, and concerning who is the real holder of the responsibility for the preservation of the Leonardo Da Vinci's Atlantic Codex, today property of the Ambrosiana Library in Milan. The dispute derives from the genesis of the Codex (initially single leaves, only later bound together by a person different by the author) and the heterogeneity of the documents collected in it, something which does not allow to absolutely affirm that the Codex is a book, or a collection of separate drawings or manuscripts. As highlighted by the paper in fact, the different choice to consider the Codex a book (as a whole), or otherwise a collection of single drawings or manuscripts (i.e. made of single entities), results in shifting - according to the rules in force - the holder of the responsibility to one or to the other authority. 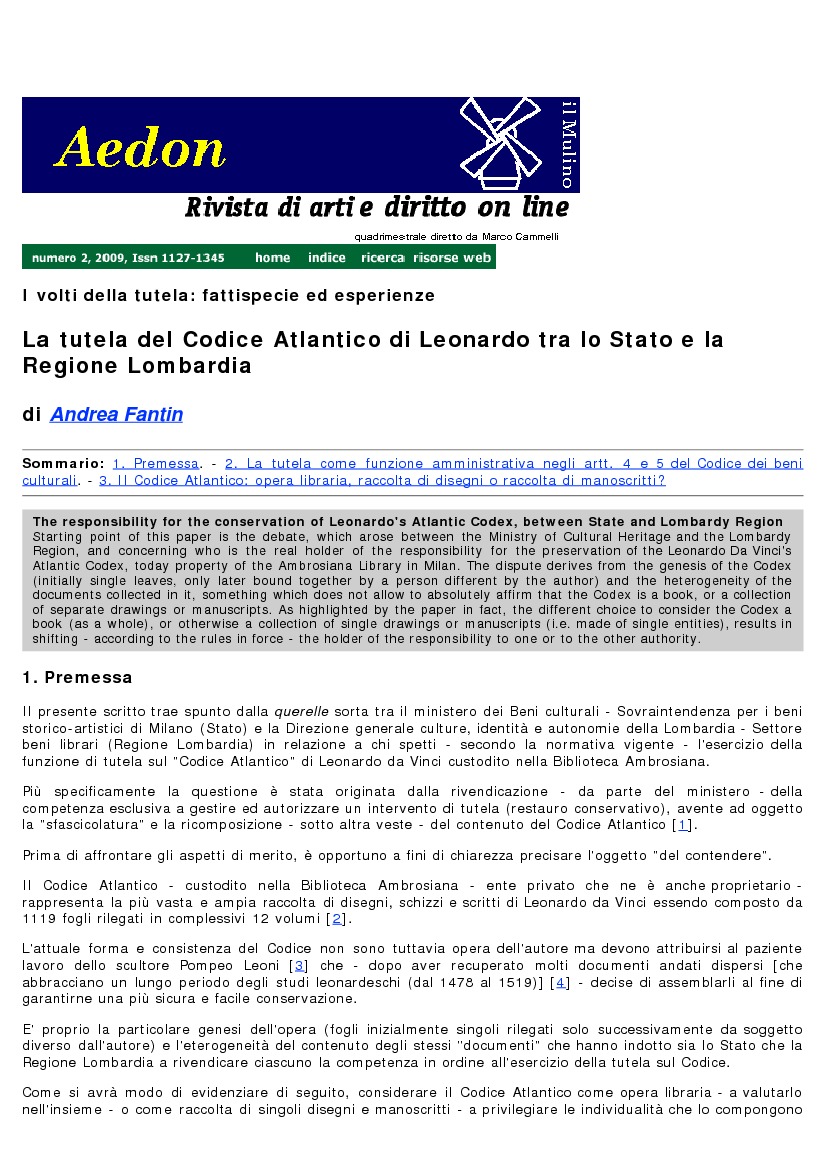