This article analyses how contrasting movements compete over the issue of migration in Italy and points out a significant role of the state in shaping this competition. While the socalled «refugee crisis» paved the way to multiple forms of action in support and against the arrival of migrants and asylum seekers, traditional social movement approaches fall short in explaining the dynamics between opposing camps, as scholars tended to focus on individual movements as isolated actors. To address this gap, we look at movement-countermovement dynamics in the field of migration between 2015 and 2017, to understand how contrasting actors frame causes and solutions for the problems at stake. Based on new empirical data from over 30 face-to-face interviews with activists, the article shows that, while discursive opportunities trigger conflicting interpretations of the same themes, competition between the anti-refugee and solidarity camp is asymmetric, both with regard to the definition of the issue and to the identification of political opponents. We show that the ambiguous position of the centre-left government in the management of immigration in Italy between 2015 and 2017 tipped the balance of the competition in the migration battleground, ultimately giving a crucial advantage to anti-refugee actors in the promotion of hegemonic frames. 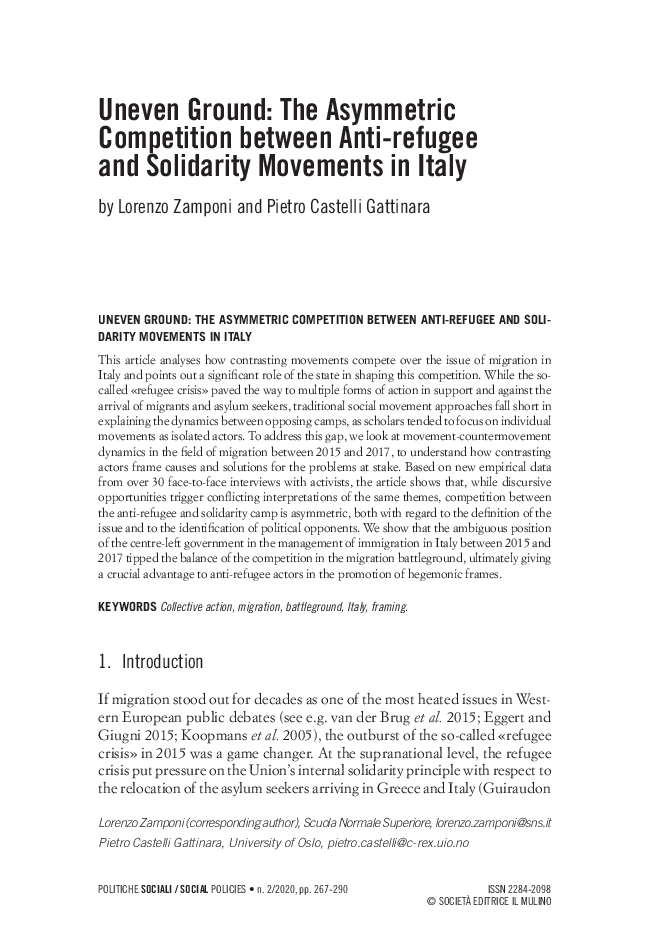