With the current Covid-19 crisis, the issue of social inequalities within and between EU Member States is once again brought into stark relief. Endowing the Eurozone with a «re-balancing» social dimension is a way forward against such inequalities. Currently, however, the Economic and Monetray Union (EMU) does not contain mechanisms that could move it in that direction. In this paper, we propose a way of operationalising the most recent «social milestone» of the EU – the European Pillar of Social Rights (EPSR) – in order to strengthen the EMU’s social dimension. We propose that an intergovernmental route could be used to achieve consensus on at least a few principles – such as unemployment insurance – that are essential for EMU’s smooth functioning. The Commission’s current suggestion to use EPSR principles to draft recommendations in the European Semester is much weaker, but preferable to the status quo, especially if it is also focussed on addressing convergence of social standards in Eurozone countries. 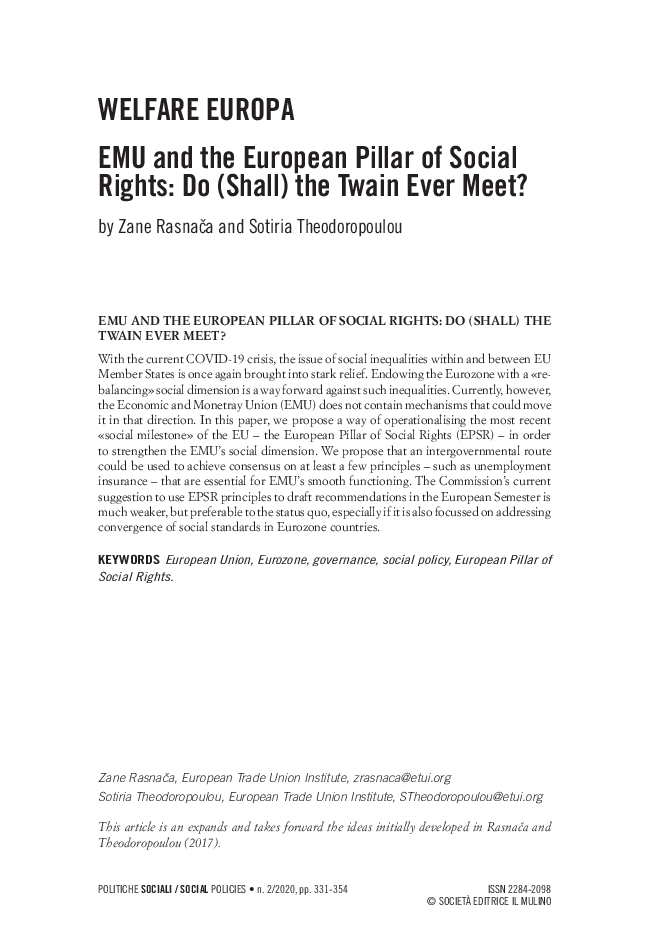