In the international literature about long term care policies, Italy is a well known case in which care needs of dependent elderly people are covered to a large extent by families and informal networks, partially supported by cash for care schemes, especially the Attendance Allowance (a universalistic, unconditional cash for care scheme). On the other hand, inkind services are very residual. The increasing recent expansion of a private market based on a massive involvement of migrant care workers directly recruited (mostly in an irregular way) by families is also recognized as a distinctive feature of the Italian case. However how this care system impacts on socio-economic inequalities is currently under-investigated. Against such background the article’s goals is to analyze how the care needs of dependent elderly people are unequally met across different social groups, considering both the access to informal networks, private care market and public services. The results show the existence of deep socio-economic inequalities in how care arrangements are organized. The structural features of the public long term care system contribute to radicalize such inequalities. To tackle such issue a radical reform of the Italian long care system is proposed. In such process, a reform of the Attendance Allowance is suggested as the most important change to be pursued. 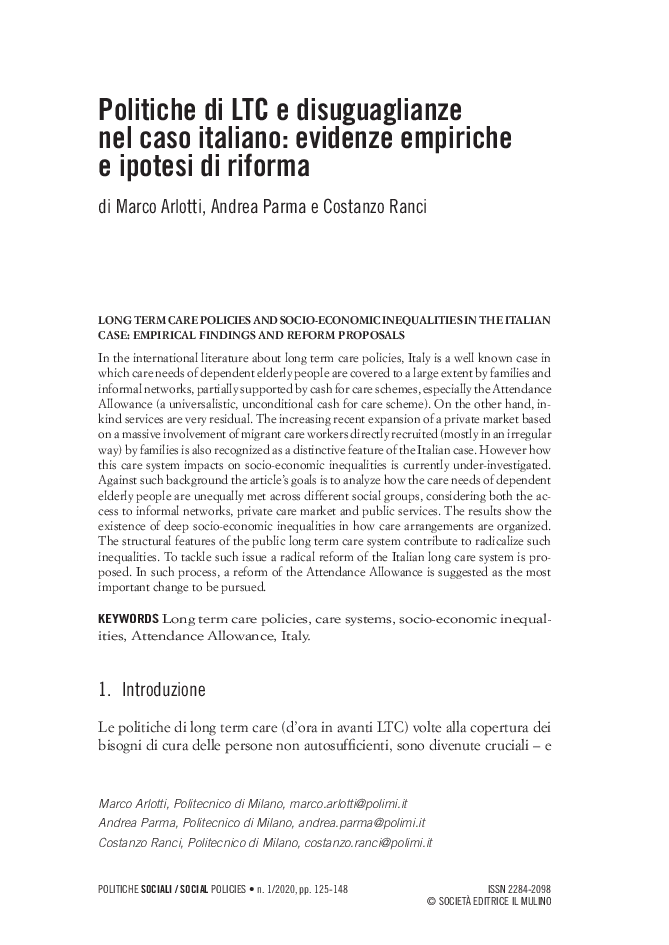