The implementation of the Basic income law (Reddito di cittadinanza) marks an important turning point in Italian social legislation. Leaving aside all prejudice, the launching of this program brings to a logical conclusion a long and disorderly list of proposals and measures aimed at combating poverty some of them announced and never really put in place, others only implemented through pilot projects and then abandoned. First, the note provides an overview of eligibility requirements for receiving the new benefit, and explains why the Italian measure differs from the typical basic income scheme. The second part takes into consideration some critical aspects, starting with the miscalculation of potential beneficiaries which stems from the kind of statistical data taken as a reference point. Further, the note contests the law's overemphasis on matching labour demand and supply, and argues that - especially in Southern Italy where the situation is most dramatic - poverty and unemployment are due primarily to a lack of job opportunities rather than a lack of information. Considering both the stringent conditions set by the law and the Italian public administration's limited monitoring and controlling capacity, the last part focuses on the risks of non-compliance as well as fraud and/or abuse. 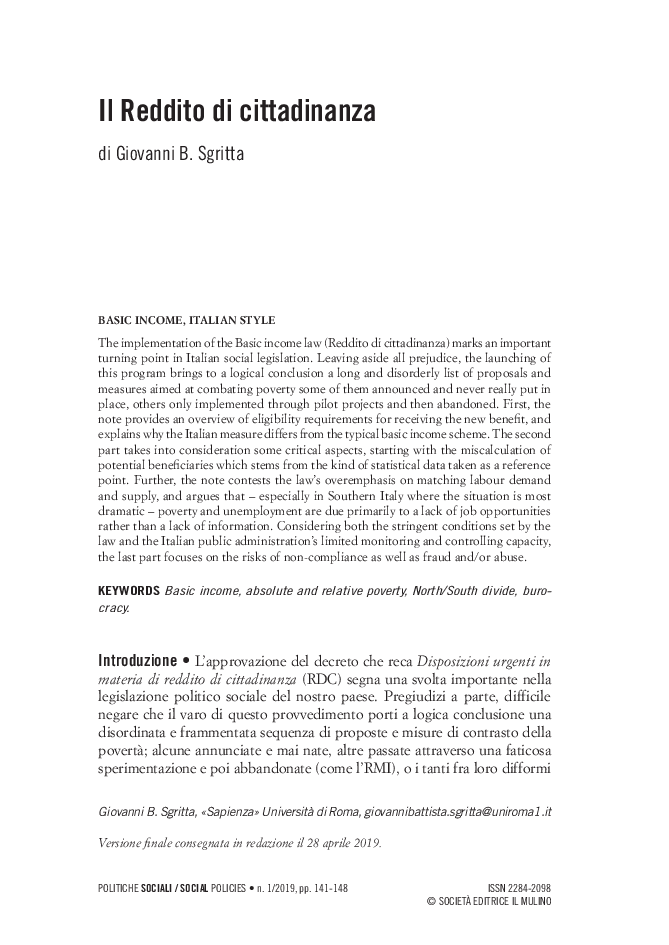