During the last decade, the Italian university experienced a strong quantitative downsizing. The number of professors, researchers, administrative staff and new enrolments collapsed, especially in Southern Italy. The staff reduction, determined by the repeated blockages of the personnel turnover and by the new recruitment criteria, has been coupled with a contraction in the university courses offered and a decrease in the mobility of professors among universities. Also a phenomenon of decline of new enrolments has been taken place. However, such decline was concentrated mainly in Southern Italy, and is due to the following factors: the negative demographic dynamics and the reduction in the rate of graduates' transitions to university, the increase in taxation, the impacts of the economic crisis on the families' choices in terms of tertiary education. At the same time, students' mobility from Southern to Centre-northern universities has grown, especially from the geographically most extreme provinces towards the most dynamic areas of the North. The negative dynamics have been affected by the university policies introduced in Italy over the last decade, primarily by the reduction of public funding. In addition to weakening the overall system of tertiary education, they also accentuated the polarization between the well-equipped universities and the backward ones, the former mainly located in the North, while the latter in the South of Italy. 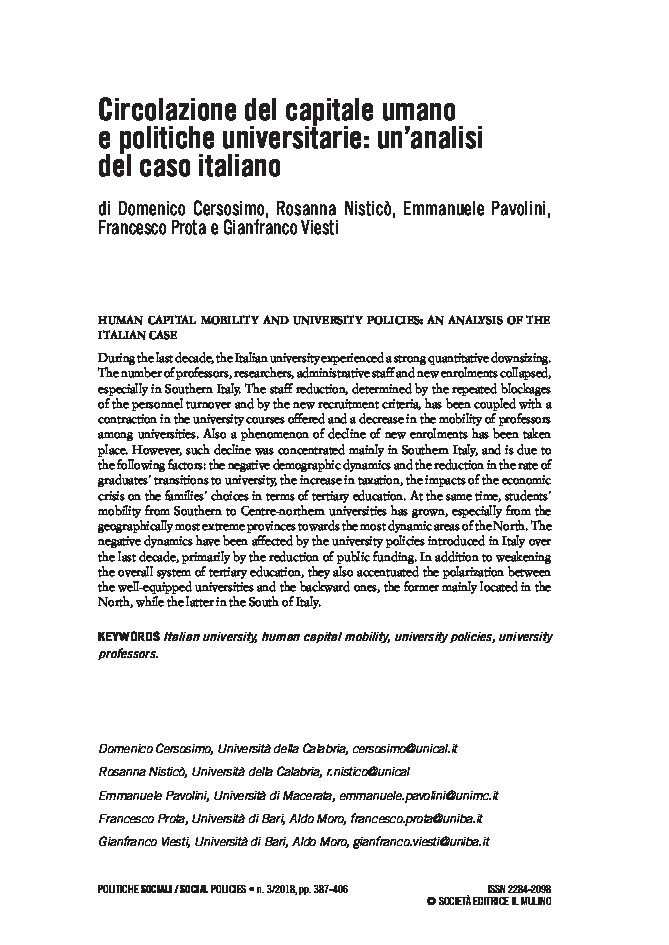