The present contribution deals with a recent European social initiative that was launched in 2014 in order to contrast severe material deprivation: the Fund for European Aid to the Most Deprived (FEAD). The aim of the article is two-fold. First, from a descriptive standpoint, it offers an overview of the main institutional features of this novel component of the European social sphere, meant to provide substance to the lower tier of pan-European solidarity. Second, from an interpretative standpoint, the paper reconstructs the political and institutional dynamics behind the adoption of the program. Despite its narrow budget and scope, findings show that adopting the FEAD was a contested and controversial decision that fostered the emergence of harsh tensions. Interestingly, notwithstanding the frictions that emerged, the institutional and political sponsorship of the program proved to be strong enough to have the initiative approved and strengthened during the policy-making process. 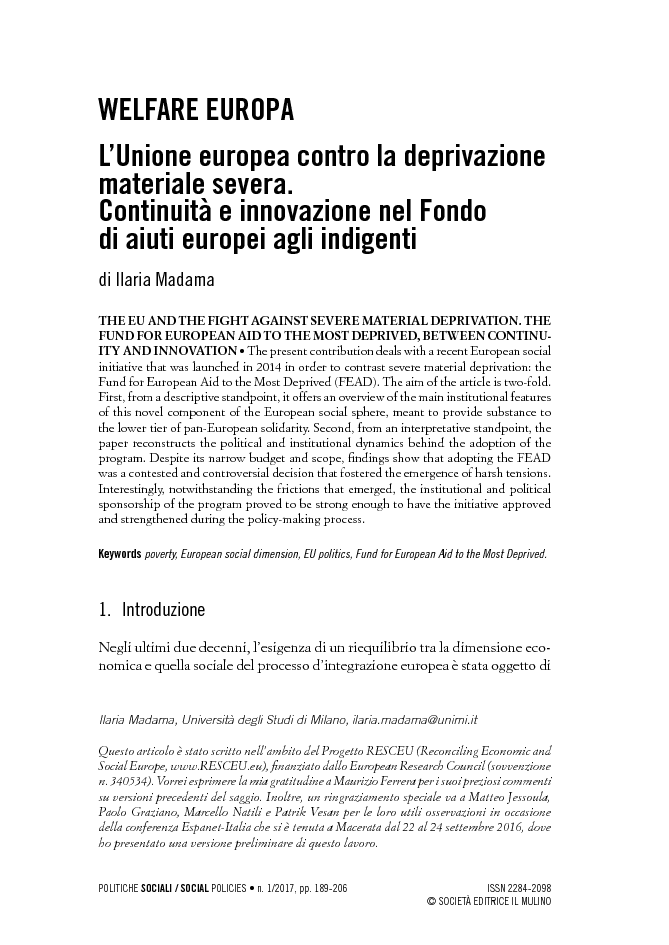