The lack of a minimum income scheme (MIS) has been one of the main features of the Southern European Model. In recent decades, Italy and Spain have experienced very different developments in this policy field. In Spain, all Autonomous Communities have introduced MIS, and as a result these programs now cover the entire country. In Italy we observe an inconsistent and somewhat contradictory trajectory, with a number of regions having introduced safety nets, and most of them having subsequently displaced them. How can we explain these divergent policy trajectories, in those two otherwise similar countries? In order to solve this puzzle, this article departs from the prior literature, which had argued that political competition is not an important factor in this policy field - due to the selective nature of these programs and their limited share of the overall welfare budget. The prior literature also cited as a factor the limited political resources and limited ability to mobilize of (would-be) beneficiaries. Conversely, this paper argues that interest groups preferences and the configuration of the party system are crucial to understand the policy trajectories of regional safety nets. 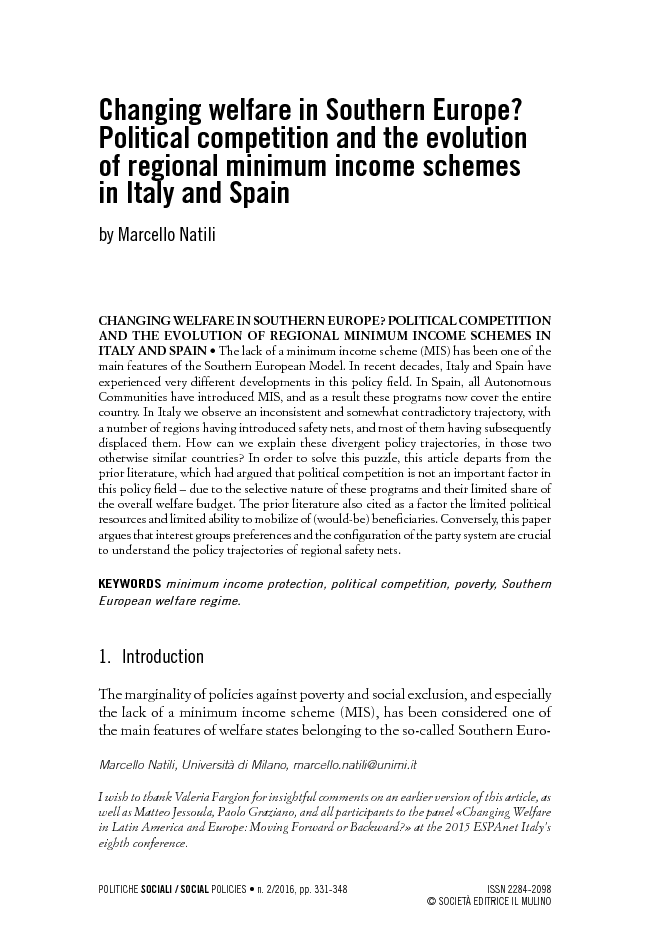