A sweeping reform of the Italian pension system was enacted in 1995 (the so called Dini reform). The reform will be fully implemented in the next decade, after a long period of transition. The reform is characterized by the adoption of a contributory system (NDC) in substitution of the previous defined-benefit system. After a brief presentation of the level and composition of the Italian social expenditure, the paper singles out the problems that presumably will emerge in the future. First of all, as the system is currently organized, only limited provision exists for the periods of involuntary lack of contributions (such as illness, maternity or unemployment). The absence of any significant mechanism of intergenerational solidarity will affect the level of pensions for the workers unable to pay the full contributions all along their working life. Furthermore, according to the Dini reform all the cohorts are financially self sufficient, in the sense that the demographic risk is not spread among the generations. It follows that all the adjustments made necessary by shocks, no matter how originated, will be concentrated on the benefit side of the social security budget. Lastly, it is not clear which role private pensions, of the defined contribution type, will have in the future. 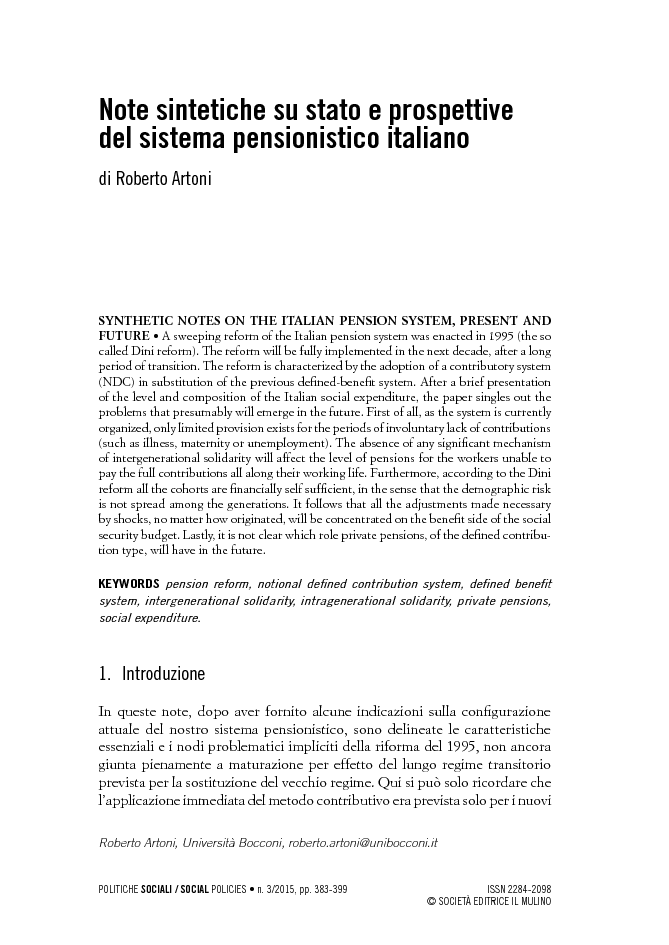