The paper examines the impact of the European Semester on the European social dimension. The new coordination mechanism aims to strengthen economic policy coordination in order to fill the original EMU constitutional gap deriving from the choice to create a common currency without having an economic union in place. Its structure, which combines soft law and hard law procedures, allows EU institutions to exercise policy formulation, supervision and guidance on issues touching upon virtually the entire spectrum of Member States' economic and social policies. The analysis shows that in its early cycles, the Semester tended to prioritize economic objectives, such as budgetary discipline, over competing social ones. Indeed, social security systems have been mainly taken into consideration because of their impact on public finances. However, there are signs of a progressive reorientation of the strategy adopted at supranational level. The recommendations adopted in the 2013 cycle of the European Semester pay greater attention to social objectives, while the Commission has recently taken some initiatives that should contribute to find a better balance between the «economic» and the «social» within the EMU. 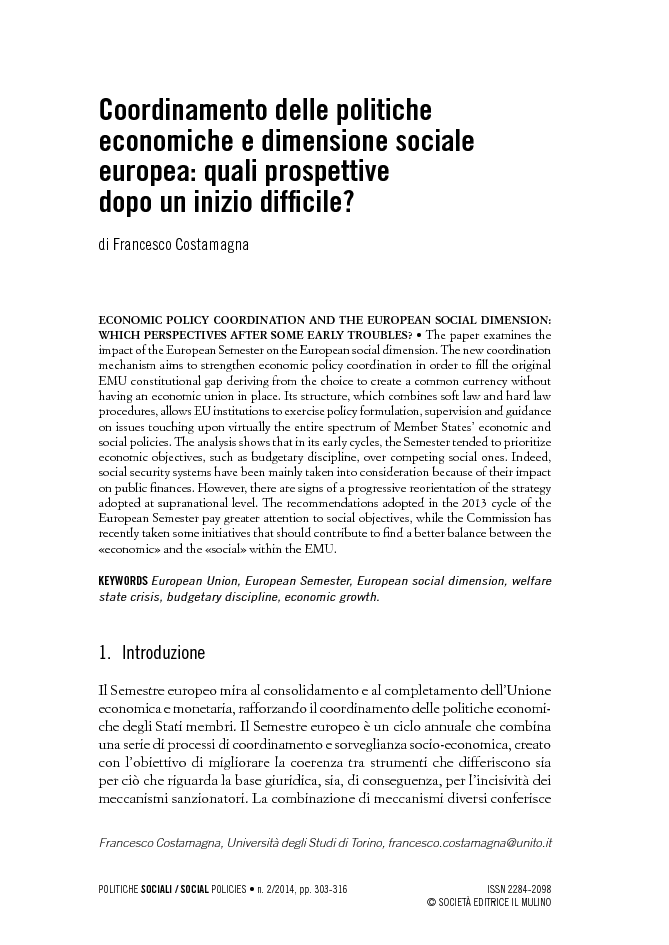