The article discusses the prospective evolution of contemporary society using a theoretical framework based on Polanyi's concept of double movement. The tension between the exposure to global commodification and the need to combat the progressive decline in social protection has increased in the wake of contemporary transformations in terms of individualisation, de-standardisation and fragmentation. These processes, in conjunction with a wave of social movements engaged in resisting various forms of oppression, have provoked a crisis in the different configurations of equilibrium developed in the "trente gloriouses" years of welfare capitalism. New forms of local welfare, social policy, third sector involvement, corporate welfare and private services have not succeeded in meeting needs that are becoming increasingly diverse and have proven unable to prevent a dramatic rise in social inequality. Neoliberalism, financialization and the concentration of bureaucratic and political power have undermined the effectiveness of public welfare. The economic crisis and austerity politics have made the situation more critical and difficult. The emergence of more severe forms of social disintegration, discrimination of minorities and increasing inequality can be countered only by a renewal of public responsibility set in motion by social movements promoting democracy and emancipation. 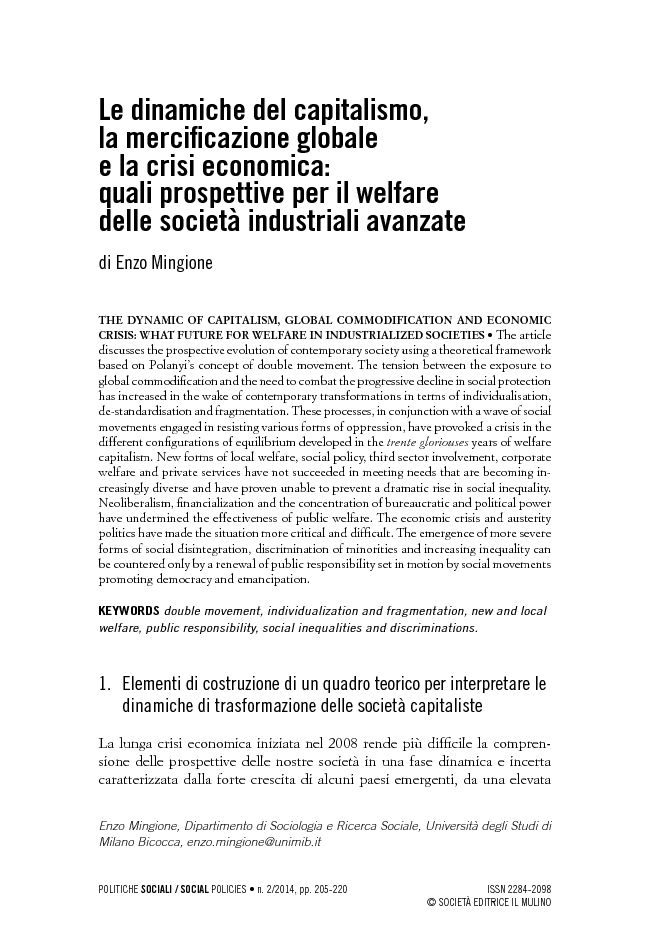