Since the start of the crisis, Italy experienced an increase in all dimensions of inequality, and particularly in poverty and deprivation. This increase, however, was not constantly linear. It was sharper since the 2010. After describing the trends in the various indicators, the author argues that the sharpening of inequalities is the outcome, on the one hand, of the persistence of the economic crisis, on the other hand, of the public and private strategies developed to face it. Public policies expanded the fragmented system of social protection, without reforming it, therefore maintaining inequalities and lack of protection for the young and for a large portion of atypical workers. Family solidarity was able to shoulder loss of income and of employment among family members in the first period, even recoursing to savings. But as the crisis persisted both public and private strategies showed their weaknesses; and the social costs of lacking a minimum income provision for the poor became more evident, without, however, becoming a priority in the political agenda where conflicts of interests become more acute in the face of scarce resources. 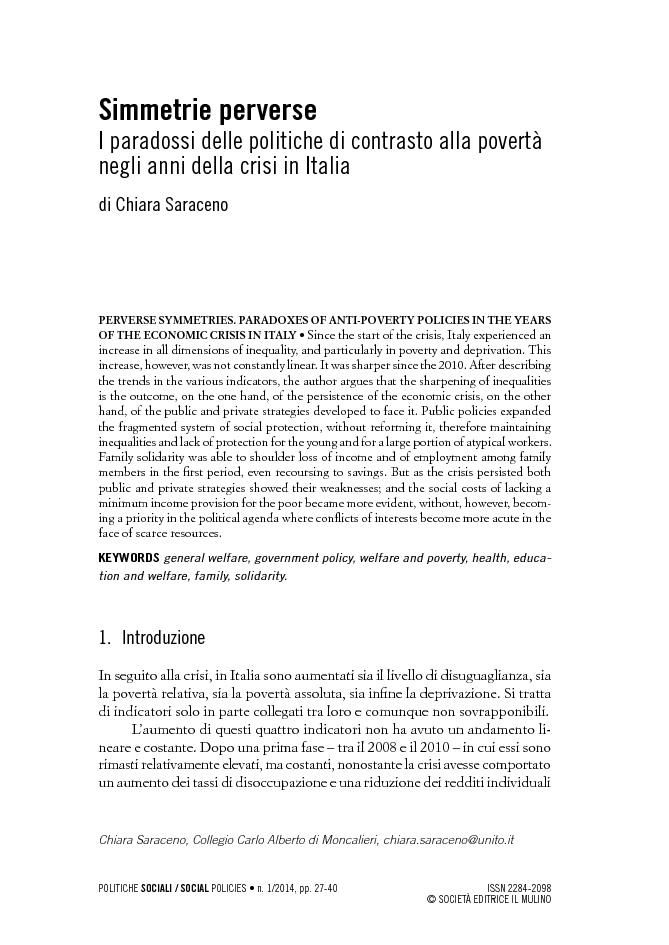