The general demographic structure of Italy is characterized by a marked aging of population which shows a serious and constant thinning of the young population over the total population. It is, also, worrying that the so-called «discouragement effect» characterizing this segment of population and contributing to the intensity of the NEET phenomenon is added to the decline of the share in youth population in Italy and Europe. This framework, in the context of the current economic, social and health crisis, is likely to worsen further. The urgency seems to be, therefore, to identify and develop tools for activating and reactivating the labour demand, on the one hand, and for activating and re-activating the young people, on the other. This contribution proposes a first evaluation of the effectiveness of the Civil Service as a policy indirectly aimed at activating and increasing the employability of young people through the lever of participation and Active Citizenship 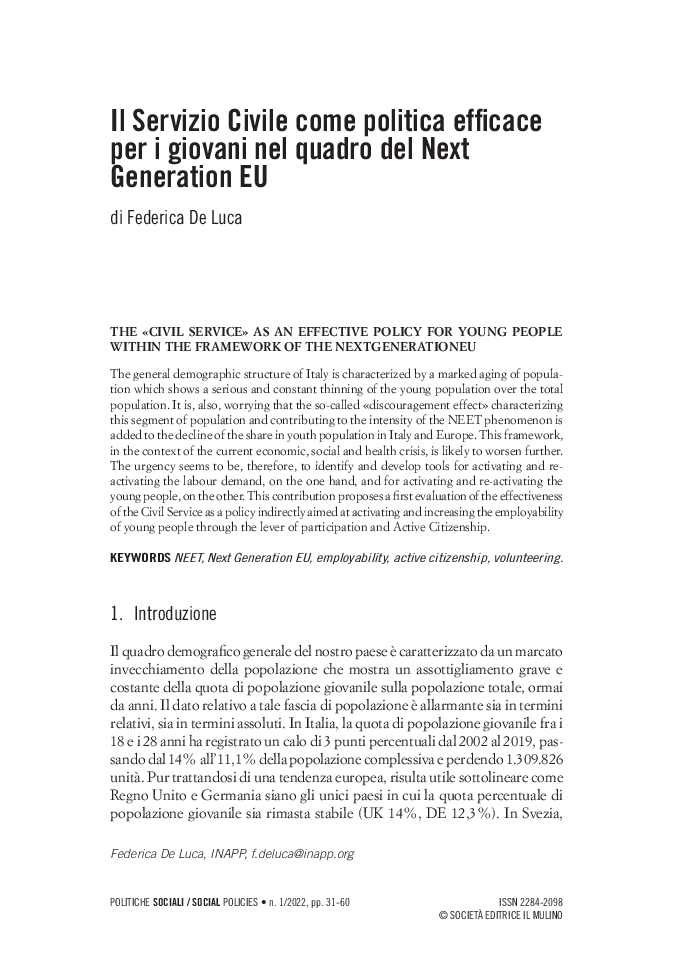