This paper explores the ideas of collective identity of four new collective actors in Italy and the United Kingdom. In the two countries, which are different in terms of industrial relations systems, similar organisations aim to represent self-employed and non-standard workers performing high and low-skilled jobs. The paper focuses on how the new actors of collective representation react to the fragmentation of the workforce fostering collective identities. In particular, we look at how different emerging organisations conceive and discursively perform – through foundation stories and discourses on «we» and «others» – both their collective identity and that of the workers they aim to represent. We refer on the one hand, as the macro-frame, to the debate developed by industrial relation scholars on neoliberal trends in advanced economies. On the other hand, we aim to contribute to the debate on collective identities in Social Movement Studies, using this frame as an analytical tool to examine the collective identities discursively performed by new collective actors involved in workers’ representation. 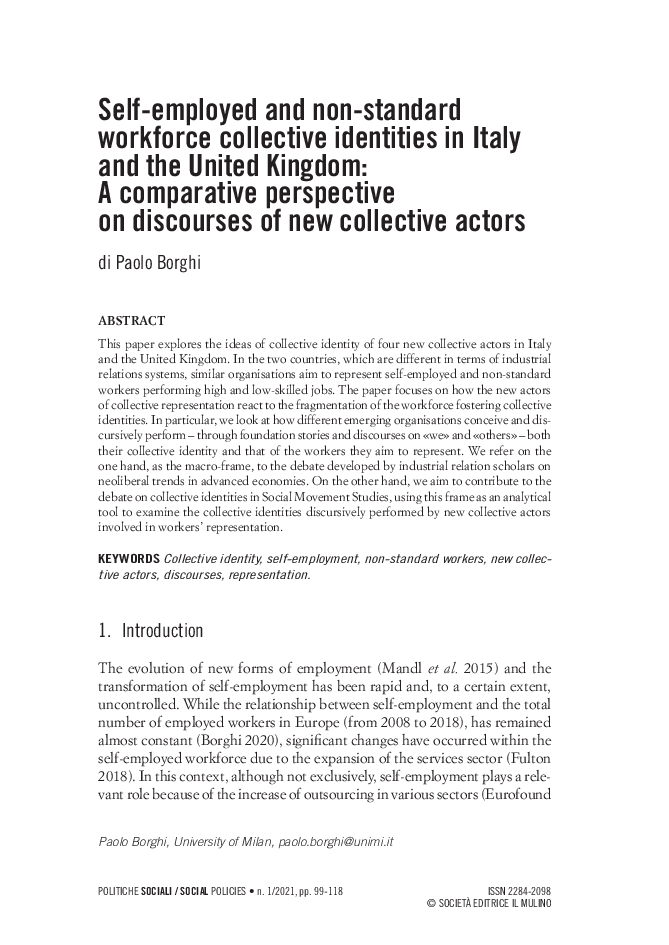