The essay analyzes some historical and comparative law aspects of self-employment, illustrating the paths of the re-composition of self-employment into labour law. According to a traditional view, self-employment can well be regulated by civil law and does not require particular protection as it is carried out by subjects capable of self-organization; differently, subordinate work requires a particular discipline, that grants protection to the weak contractual party. This rigorously binary logic not only does not photograph the real conformation of work – whether autonomous or subordinate – but even less its current social and economic dimension. Self-employment and subordinate work, in fact, are communicating entities and in close correlation with each other, demonstrating that the different declinations of doing are recomposed under a single «alphabet of work», without adjectives. Although characterized by different contractual constraints and statutes, these declinations express the same need for social protection. The essay starts from examining the origin of the historical distinction between self-employment as «work for oneself» and subordinate work as «work for others» by analyzing the normative data and the historical and social context from which this dichotomy arises. The author continues with a comparative examination of the dichotomy, analyzing the French, German and English, Spanish and Italian legal systems, in order to underline a tension towards the expansion of labor law beyond subordination. 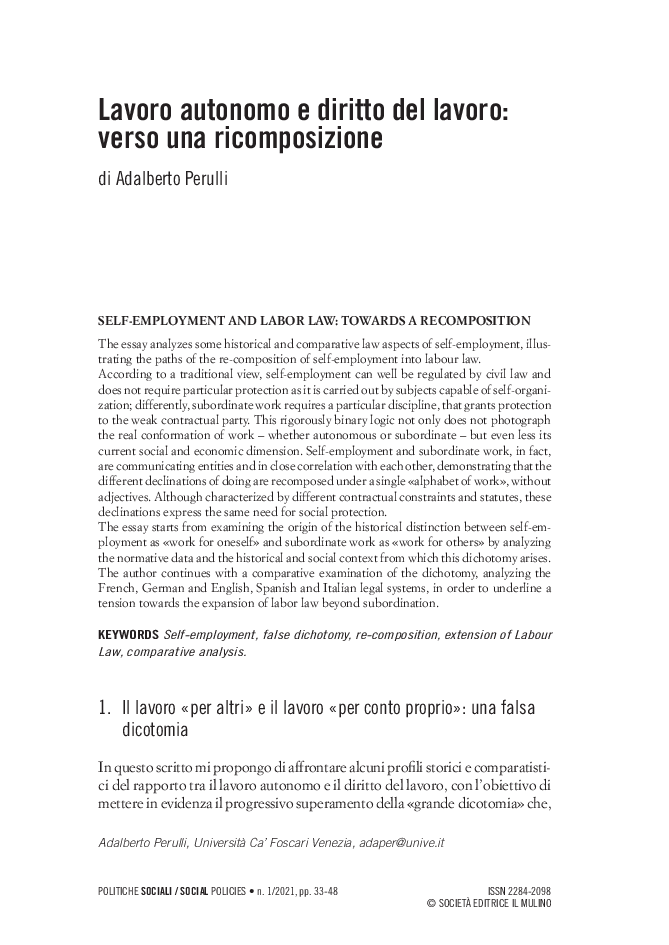