In folklore and mythology there is often a principle that could be defined as sympathy or homopathy: what has produced evil is also able to cure it. Indeed, the Greeks had a proverb summaring this ancient homopathic wisdom, hó trósas iásetai – whoever had hurt will heal. However, a more refined interpretation of this principle could also be given, which certainly may be of interest to psychoanalysis: as in the myth of Melampous, there had been a childhood trauma; many years later, the same trauma is compensated, healed by the discovery of the object that had produced it and by a new experience of the original trauma. 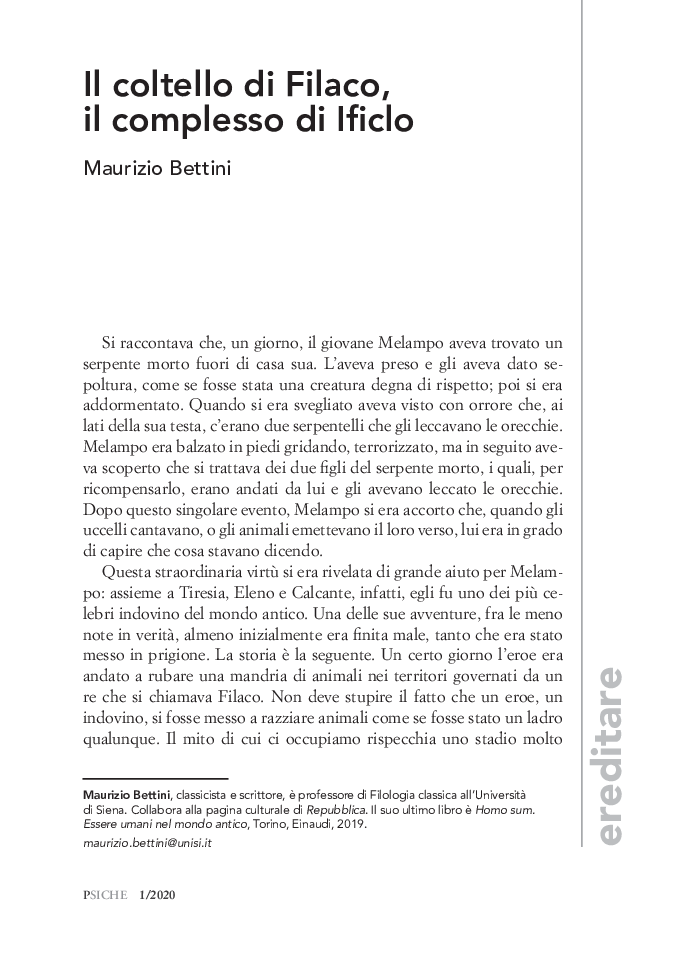