One of the problems in dealing with terrorism is that we have virtually no access to individual terrorists; only their actions are visible. The founders of the Italian terrorist group, the Red Brigades, on the other hand, have written about their experiences and have exhaustively explained their motivations. The author’s premise is that these autobiographies and her interviews with several of the group’s members give us access to the unconscious processes involved in the formation and operation of the group. After terrorist attacks, it is natural to ask whether the terrorists’ capacity for collective violence is an indication of personal pathology. This paper argues that the relevant pathology in the terrorist enterprise is not that of the individual but that of the group. Relying on the theories of groups of Freud (1921), Bion (1961), Anzieu (1984) and Kaës (2007), the author argues that psychoanalytic theory is essential to understanding the motivations and actions of violent groups which otherwise remain obscure. Although the discussion has been confined to one terrorist group, the author hopes that it can also be useful for understanding the unconscious dynamics of other groups structured around an ideology which mandates the destruction of human life. 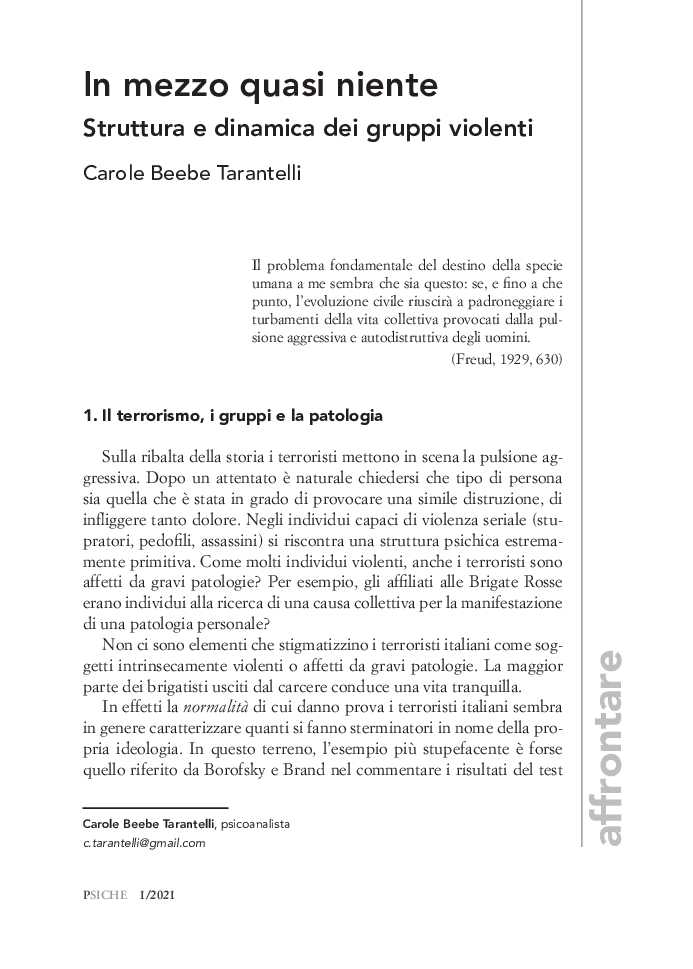