Keywords: responsibility, freedom of will, ethics, history of ethics

The article outlines the history of the concept of responsibility moving from the word and from its meanings. The concept of responsibility emerges in the Nicomachean Ethics, where Aristotle does limit the space of the «involuntary» which was prevalent in Gorgia’s thought or in Socrates’ ethical intellectualism. The development of the stoic philosophy raises the issue of the relationship between fate and individual responsibility, while in the context of Christian thought, where the problem of freedom of the will begins to be posed, the main role is played by the relationship between the sinful human being and God the creator. Modern thought explores the space of freedom as a condition of responsibility in the framework of the new natural world of the scientific revolution, a questions which remains an essential one up to the second half of the 20. Century, when along with this kind of investigation emerges an attitude which does pay more attention to specific aspects of responsibility, partially independent from the debate on the freedom of the will. 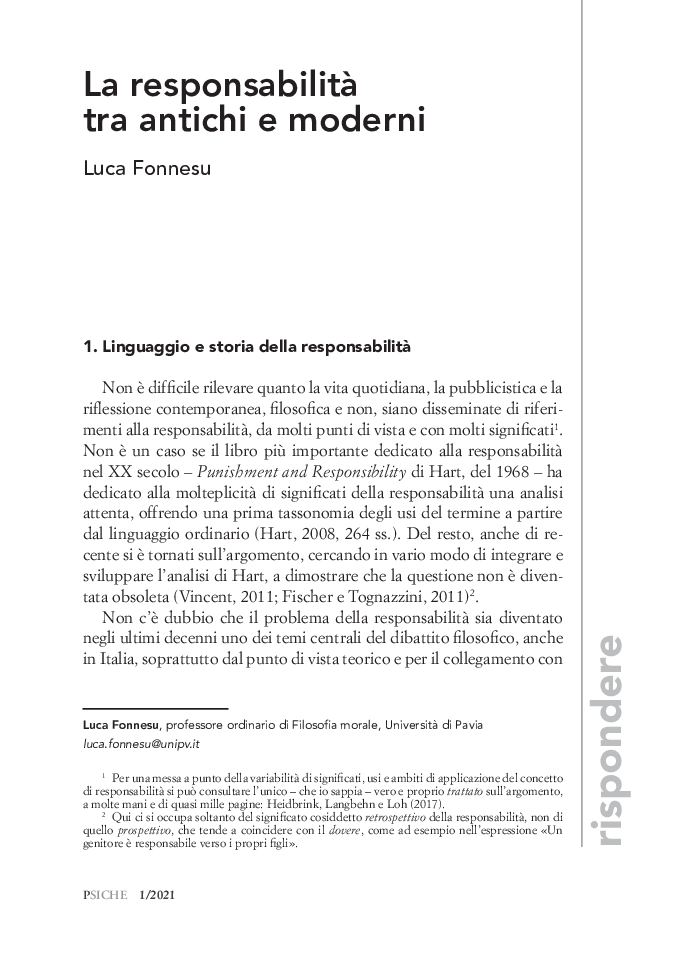