After the Thirty Years’ War, the German territorial princes became important allies to foreign powers. They rent out their armies to countries like England, Sweden, Denmark, or the Netherlands to enable the latter to fight their wars all over (and even outside of) Europe. One of the first contractors, though, was the Republic of Venice. Until recently, historiography focussed on the economic aspects of those alliances. The German princes’ motivation in the business was mainly seen as a financial one. This chapter, however, concentrates on the communicative and diplomatic side of the treaties and shows that pecuniary profit was only one of various motivations – and one that was not always reached. Reputation, honour, and to be on a par with the European monarchs and republics may have been the primary target for German princes. A complex web of diplomats was needed for it. The examples meanwhile show that this object was not easier to meet than material ends. 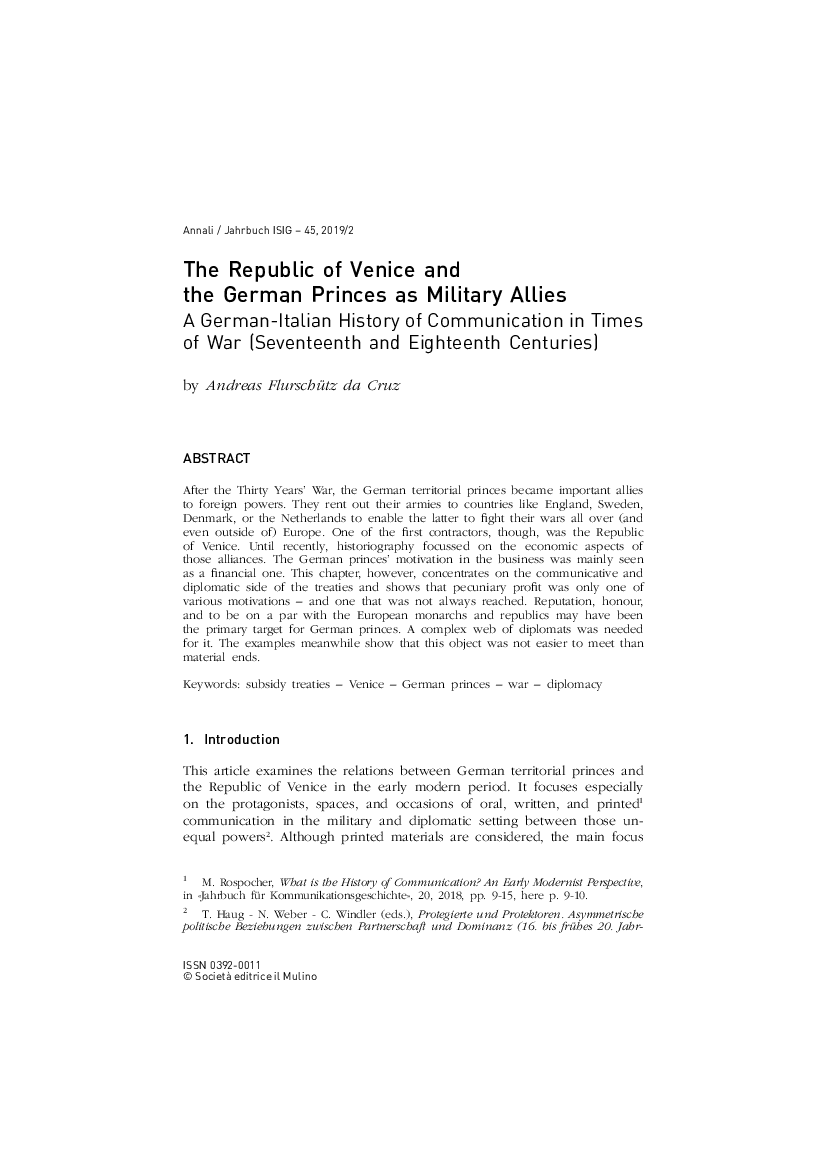