This article examines the Treaties of Rome as a media event, focusing on March 25, 1957, RAI television footage and other media sources of the time. More specifically, it analyzes the Italian RAI-TV narrative in which the Treaties of Rome were presented and the overall media salience of the signing ceremony. The contribution brings to light the reflexive/self-reflexive mechanisms by which the mass media took part in constructing the European Community as a historical discourse right from the outset. Furthermore, this article demonstrates that the Treaties of Rome were a major turning point in the transnationalizing of the European communications space, with distinct implications for the adjustment strategies and repositioning of the mass media at a stage marked by the advent of television. Lastly, this article argues that the Treaties of Rome can justly be interpreted as a «European media event», in being a happening that targeted a transnational audience and conferred meaning on the idea of Europe through the possibility of retrospective narration. 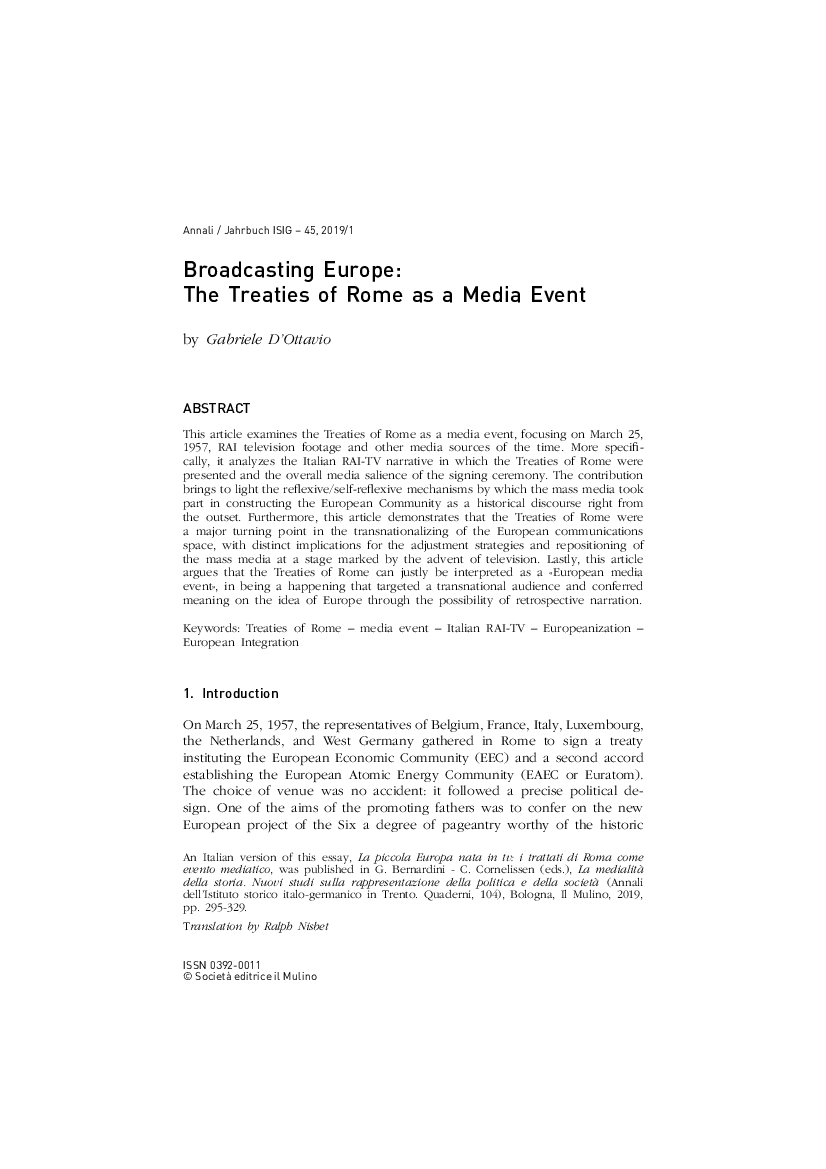