Denominational fundamentalism is often described as something «medieval» in contrast to an allegedly «progressive» modernity. It is true, in the centuries following the fall of the Western Roman and the Sassanid Empire, religious affiliation became a new category of social and legal inequality. Within this frame, Jews, Christians, and Muslims did however coexist in shared spaces under either Christian or Muslim rule. The advent of more complex organizations of societies saw the ever more elaborate legitimization of this category of inequality, which enhanced the political capital of the dominant groups. Gradual shifts in the quantitative proportions as well as a decreasing economic value of the tolerated groups also undermined their position. At the end of the Middle Ages all over the Eurasian world, religious unity through religious cleansing was no longer a theoretical ideal but became brutal reality, when Muslim and Jewish settlement was ended in Western Europe as well as Christian culture in Central Asia. The late fifteenth and the sixteenth centuries thus mark the end of a complex religious cohabitation. In contrast to the dominant historical discourse, they indicate the rise of a modernity that came at a price. 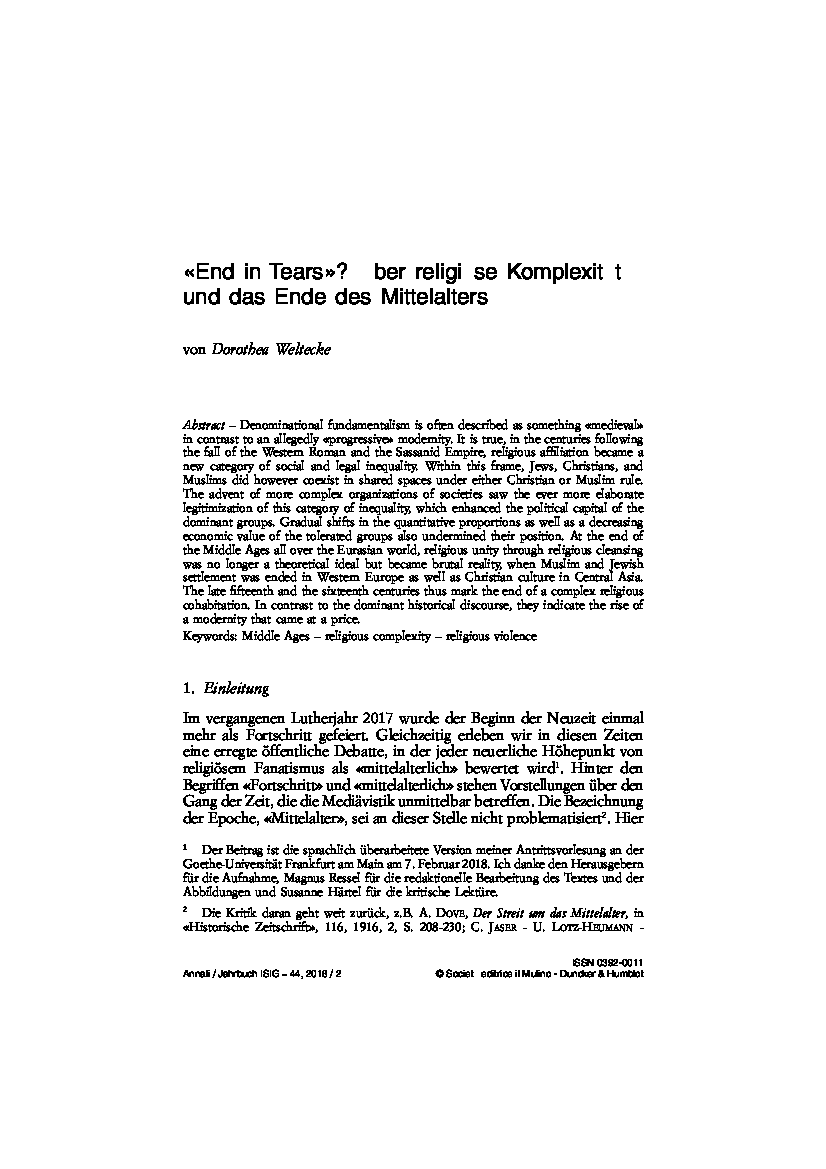