The idea of a confl ict between science and religion is a quite recent one. To closer historical scrutiny, it seems that instead of a confl ict between Catholic theology and medical knowledge there was an encounter, which was required by a momentous change. In fact, nineteenth-century discoveries on human sexual physiology, combined with a new idea of the female body, eradicated the centuries-old Hippocratic-Galenic expertise. This encounter is evident in the decrees of the Holy Offi ce, which between the nineteenth and twentieth centuries issued an unprecedented number of decrees on topics related to sexuality and reproduction. But it can be observed also in the emergence of a new genre of writing, that of pastoral medicine, as the fi rst part of this essay takes into account. The focus of the second one is the work of the Jesuit Franz-Xavier Hürth, one of the most distinguished moral theologians of the early twentieth century, and in particular his presentation of the fi ndings of Hermann Knaus and Kyusaku Ogino 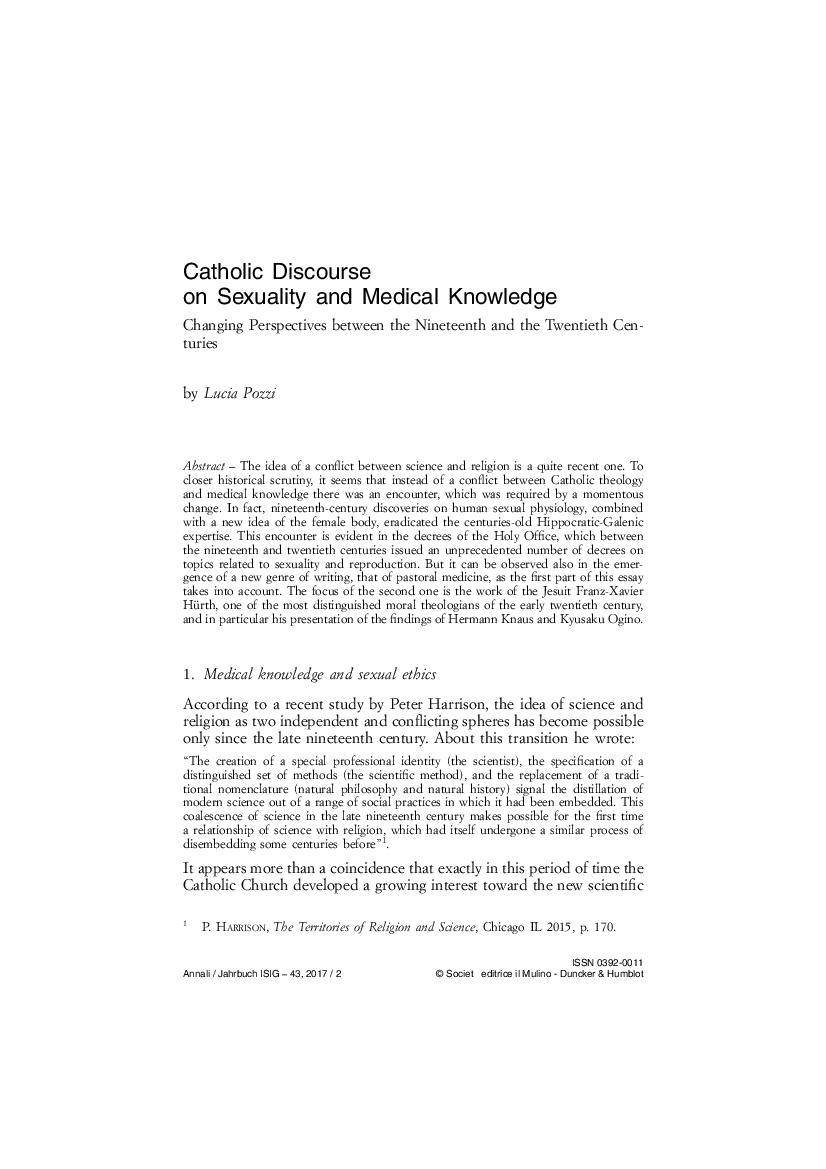