Founded by Ernst Haeckel in 1906, the German Monist League ("Deutscher Monistenbund") became a prototype of German "secularism": It developed a totalizing worldview validated by natural science, formulated a practical ethical system and defi ned its goals in opposition to the church. This article investigates the concepts of school reform articulated by the chemist and later president of the German Monist League, Wilhelm Ostwald (1853-1932). Being one of the founding fathers of physical chemistry, Ostwald became intensively interested in the energy concept that had been introduced by thermodynamics. In his capacity as leader of the monist movement between 1911 and 1915, Ostwald created a new monistic worldview, called "energetics", which reduced all processes of the world to transformations of energy. Consequently, Ostwald called for school reform in line with energetic principles. I shall argue that the proposed reforms of the Wilhelminian school system combined the social endeavors of the monist movement, namely: the striving for a scientifi c worldview and a secular morality, the fi ght against church and clergy, and the emphasis on cultural progressall of which was, for Ostwald: the saving of energy. 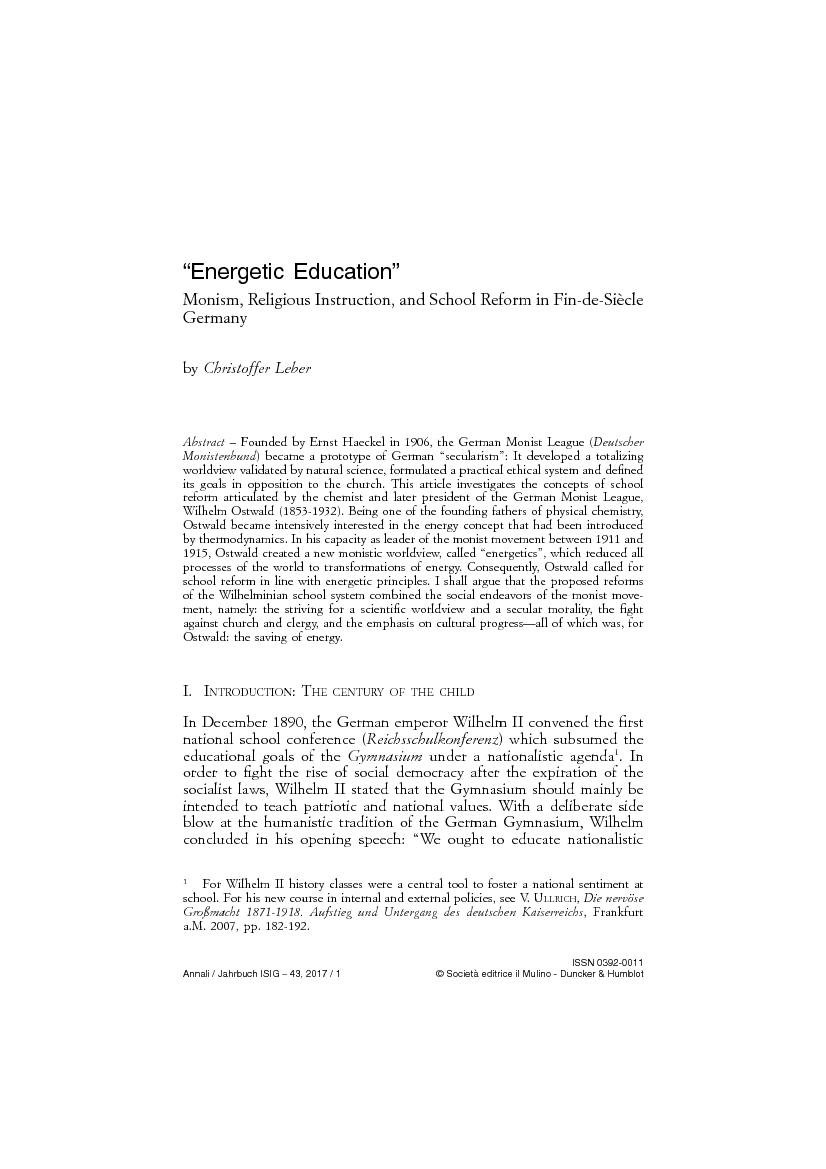