The following paper discusses the epistemological criticism of religion and churches by anticlericals and illustrates its transnational dimensions in the second half of the nineteenth century. Critics of the church read, translated, and discussed different types of scientifi c work in an international network. By means of their popularization, they created a transnational community of culture of knowledge. The dualism of reason, science, and religion, constructed in the anticlerical debates, will be traced, but it will also be made clear that the criticism of religion went beyond. This paper thus joins the ranks of a wider argument, which understands secularization as a product of the European culture wars, and advocates the dissolution of the simple dualism between religion and secularization, and the sounding out of the individual cases of their relationship in a more concrete fashion. This perspective enables the dichotomy of religion and science, present until today, to be historicized and the relationship of both epistemologies to be more precisely determined. 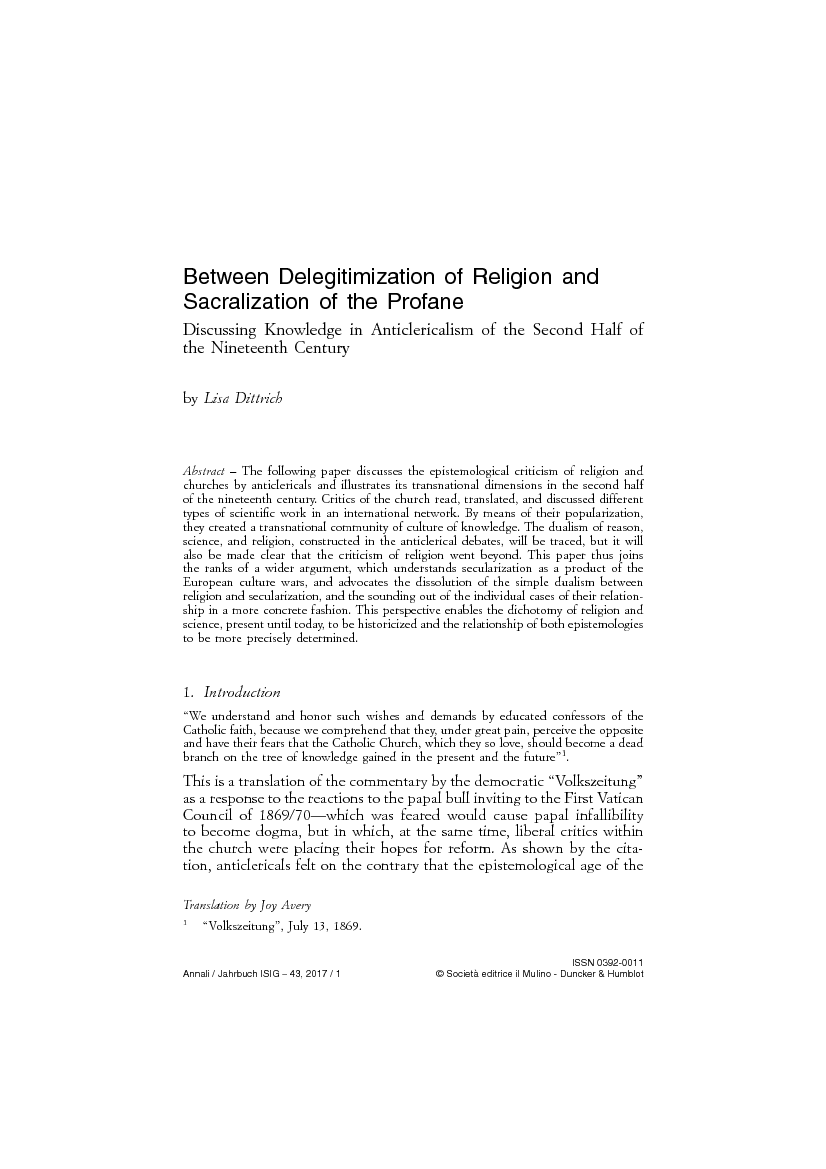