Taking Adam's naming of the animals in Gen 2: 19-20 as its point of reference, the paper uses the connection between Judeo-Christian and neo-Platonic strands of reception to establish a nexus between naming and knowing, and between words and things. This concept of meaning, the author argues, evolved into an epistemology central to the history of knowledge in the early modern period, up to the mid-eighteenth century. In the act of naming, Adam evokes, together with the names, God's perfect knowledge of things, which is why after the Fall (Gen 3) and the loss of a single, absolute language, human beings also forfeited their (complete) knowledge of things. This loss of knowledge called for a soteriologically legitimated mandate to know or to explore, a mandate that authorized scholars to seek access to God's word and plan in postdiluvian creation by constantly negotiating specifi c word-thing relations. In this tension between an at once backward- and forward-looking search for knowledge, deciphering of the "Book of Nature" in the period up to Linnaeus, led to great dynamism and productivity. In light of the persistence of the classic topoi of modernization, their work is well suited to posing anew the question of the "temporalization," or rather the stigma, of the "static" mode of generating knowledge in the early modern era. 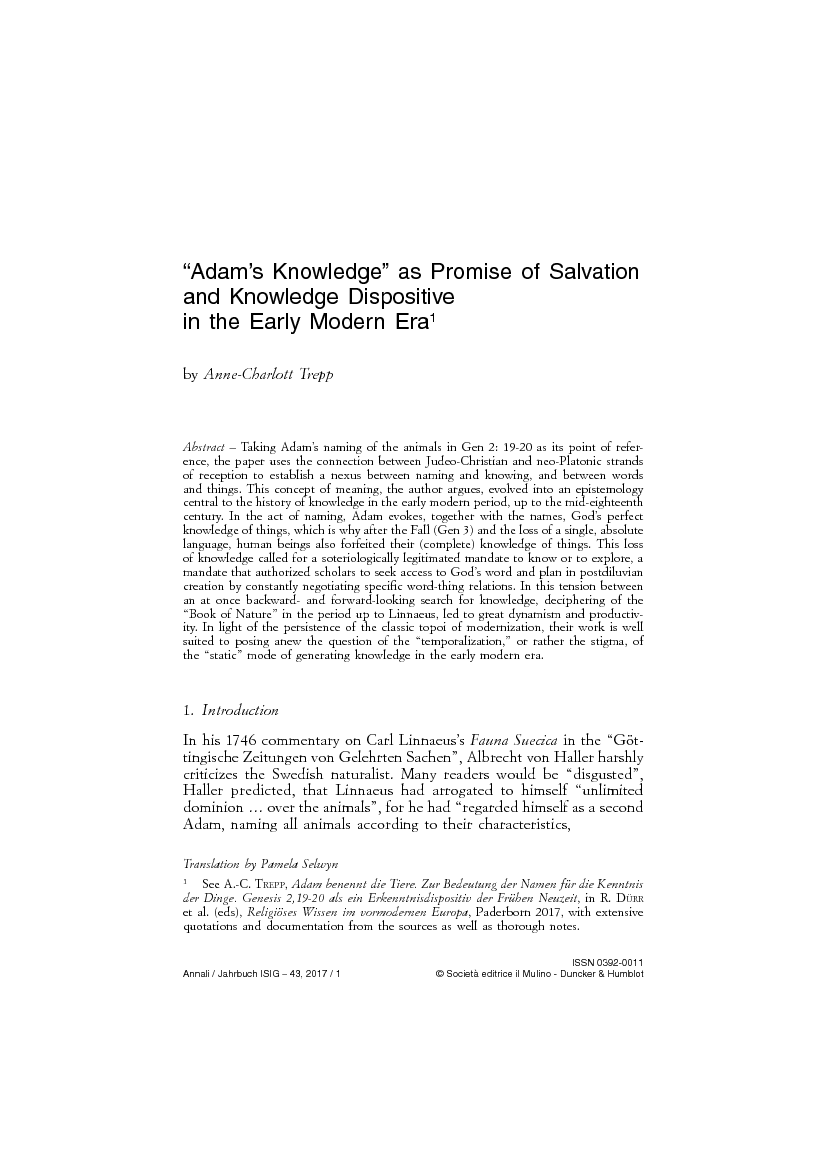