In his famous lectures in Oxford in 1929, Élie Halévy elaborated an interpretation of the global crisis of 1914-1918. He attempted «to defi ne the collective forces, the collective feelings and movements of public opinion, which, in the early years of the twentieth century, made for strife», in other words, to break both the internal balance of the European countries and the international one. Halévy identifi ed them in the forces pressing to war and those aiming at revolution. He acutely noticed the «striking resemblance» and correlation that started between them. The paper outlines the action of these forces in the Italian political framework from the Libyan war up to the Italian intervention in World War I, when the system of notables, which had ruled the country in the first fi fty years after the Unifi cation, started to show clear signs of crisis. The collective forces calling for war and some of those aiming at revolution fought in the streets and in the newspapers for the entry of Italy into the conflict to break an already precarious balance in Italy and in Europe: each of them, of course, hoped for a different outcome of such a break. Salandra's liberal-conservatives pointed to war and victory to confi rm the centrality of liberal politicians who were concerned about the crisis of their grip on society. As it almost always happens in history, the war had unintended consequences and opened a new phase, in which, however, it is possible to fi nd certain elements already present in the pre-war crisis. 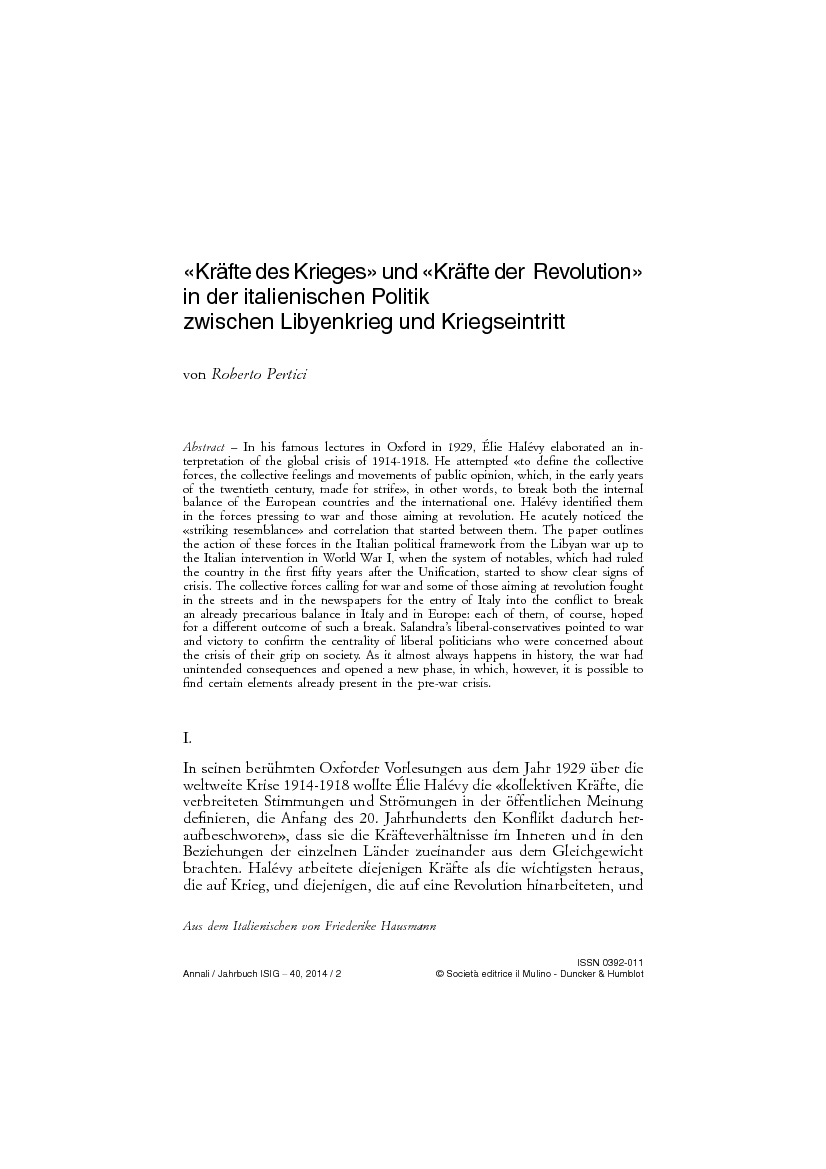