This article challenges the claim that prior to 1914 Europe was affl icted by a pervasive warmongering atmosphere. Yet, if the governments and the populations believed a war to be inevitable because of the arms race and the international tensions, they should have recognized the gravity of the situation and envisaged the outbreak of the confl ict immediately after the assassination of Sarajevo. However, as we will show here, this was not the case. In July 1914, Europe was in a holiday mood and, only after the Austrian ultimatum to Serbia, did the fear of a great war begin to spread. And even at the beginning of August 1914, many people still did not believe it would really happen. Instead of a universal belief in the inevitability of war, there was a downright dangerous trust in peace in Europe in the last few years before 1914. A major European war was considered suicidal and therefore held to be «unlikely»and exactly this belief contributed to the outbreak of war in 1914. 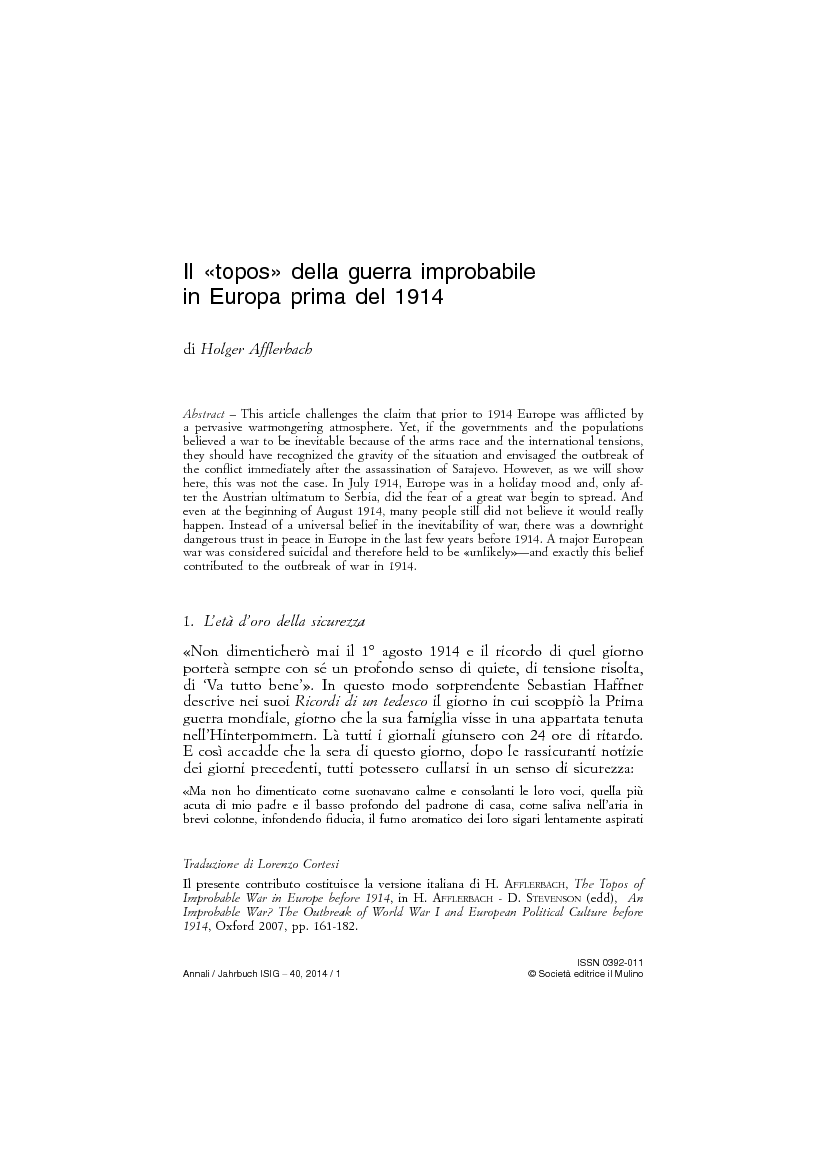