In the early modern period, textuality was the preeminent aspect of law. However, legal texts contain numerous clues that suggest the existence of a visual dimension in early modern legal practice. Decoding a codified grammar of signs on the defendant’s body allowed to discover the defendant’s lies. But more importantly, it helped to read their inclination to crime. In this article, I argue that the «physiognomic mentality», which was widespread in the century of dissimulation and deceit, took on a special importance in the early modern courtrooms. Looking at the practicae criminales, and at Fisionomia Naturale (1606) by the Venetian jurist and bishop Giovanni Ingegneri († 1600), I make some hypotheses about the criteria that guided jurists and judges in performing the visual judgment in the early modern age. 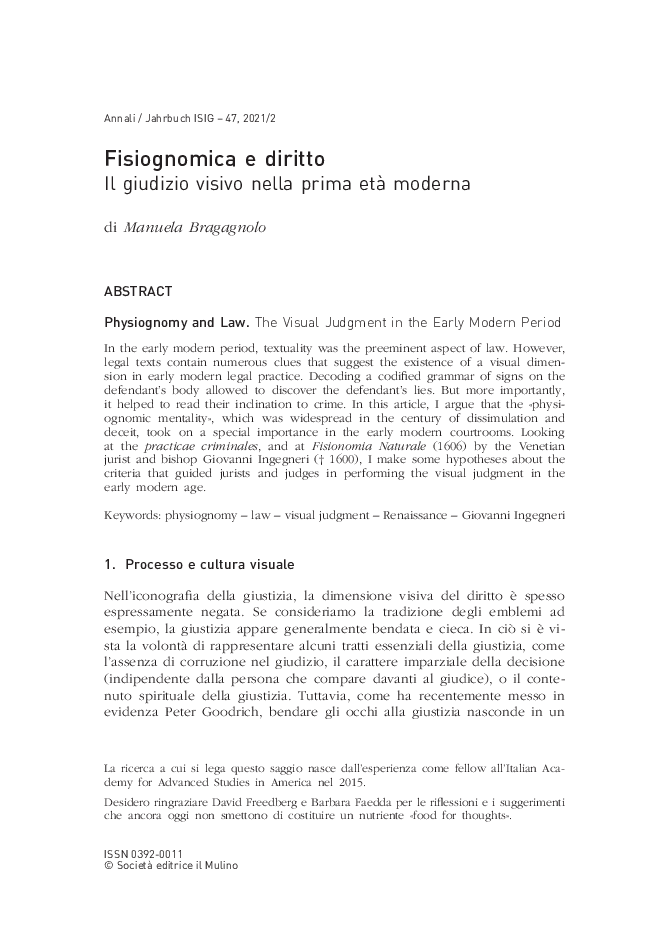