Several projects in France, Spain, Italy, the Netherlands, and Germany have recently set out to bring national and global history together in a fruitful dialogue rich in perspectives. They are characterized by their closeness to research, their impact on the broader public, and, last but not least, their efforts to counter politically nationalistic currents. The chronological structural principle illustrates dates of national histories with their global interconnections and unfolds panoramas in which not least colonial and imperial history played a special role. 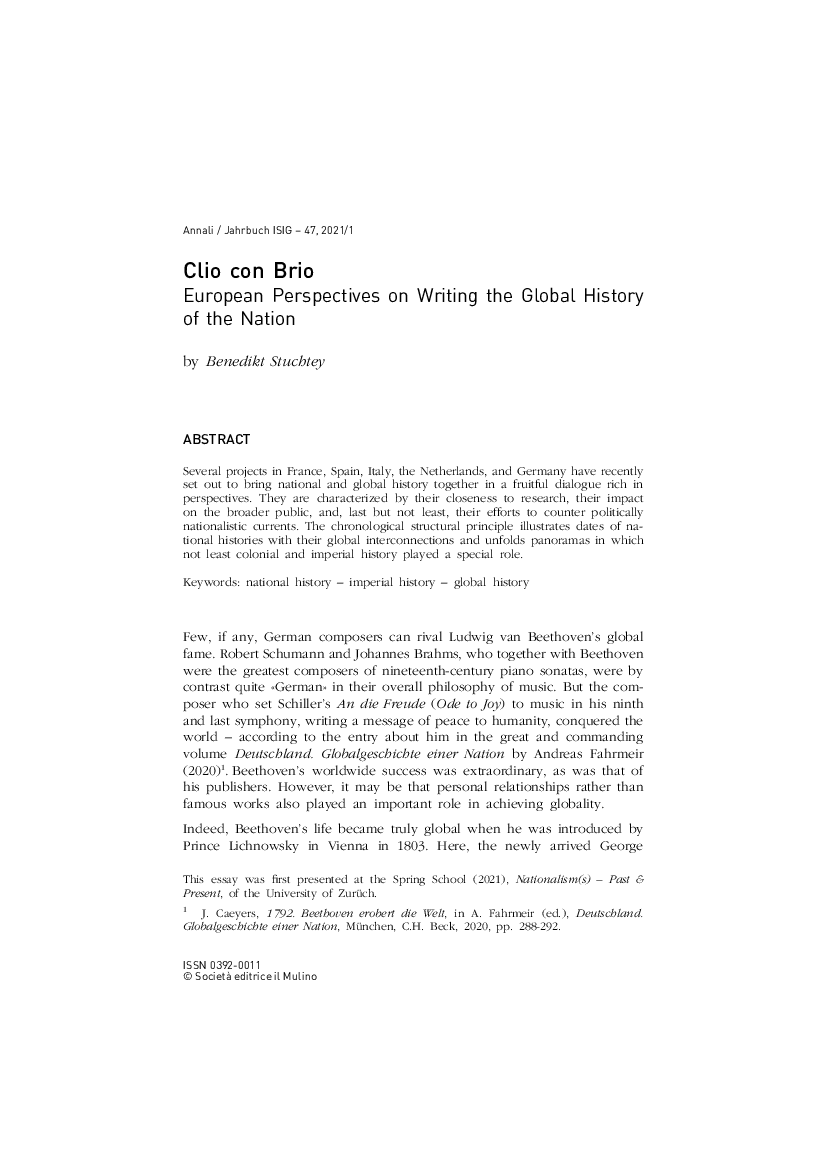