In this article I intend to present the figure of Corrado Gini in the context, almost completely ignored by historical and anthropological studies, of one of the expeditions of the Italian Committee for the Study of Population, held in Mexico and directed by him in 1933. The Inchiesta demografico-antropologico-sanitaria sulle popolazioni indigene e meticce del Messico, defined by Gini as "the largest expedition carried out by the Committee", takes place in a post-revolutionary Mexico, committed intellectually and politically in the construction of a national identity. Gini, the year before the expedition, sustained the establishment of a Mexican Committee for the Study of Population Problems and prepared the field researches. The article intends to expose and analyses, in light of the Mexican cultural and intellectual context, the presence of Gini and the CISP team and the motivations that led Gini to maintain ties with Mexico well beyond the moment of the expedition. The analysis highlights how the miscegenation, one of the central points of "eugenetica rinnovatrice", becomes an ideological, political and scientific bridge between post-revolutionary Mexico and part of the Italian scientific world. 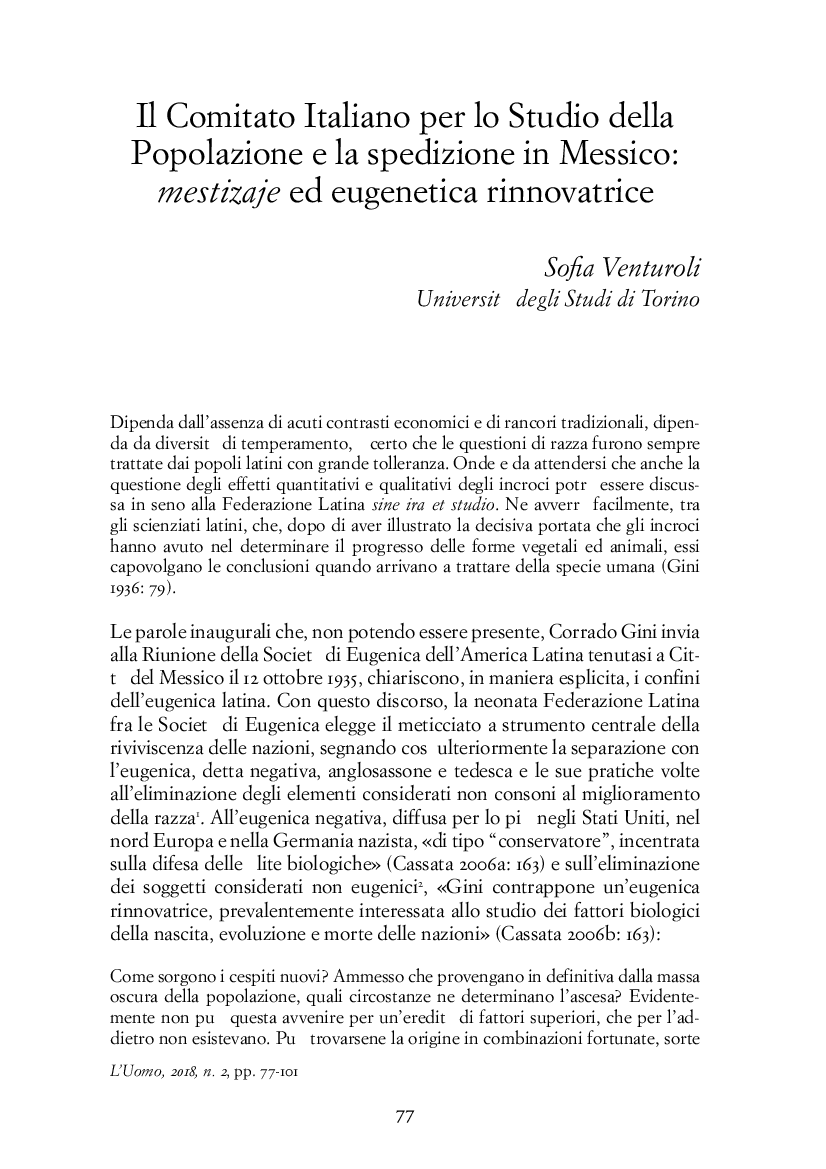