This paper considers the role of Pentecostal Spirituality among contemporary Eritrean communities in Rome (Italy), taking as its case study the main Eritrean Pentecostal Church. The analysis centers upon a ritual of collective exorcism performed in the above mentioned church, which aims at casting out an evil spirit. This spirit blamed by Eritrean Refugees for their obsession with material problems, such as unemployment and safe housing, as well as with obstacles to their border crossing. Eritrean Refugees became stuck in Italy because of the so-called "Dublin System", which did not allow them to move to Northern-European countries, where they had initially planned to realize the life pattern imagined before the departure and during the journey. The paper explores the peculiar position occupied by the contemporary Eritrean Diaspora: while disconnected from the political horizons of Eritrean revolutionary nationalism, they struggle to fit into global horizons of values and expectations because of their marginal structural position. Suspended between these two worlds, their condition evokes a "crisis of the presence", irremediably linked to issues of agentivity: on the one hand, a cultural horizon - Eritrean revolutionary nationalism - within which action is oriented towards objectives they do not share anymore; on the other hand, new pattern of expectations in which the objectives are shared but at the same time are out of reach, due to their position within the global order, which "structures" their capacity to act through laws, borders and power relationships. In this sense, Pentecostal exorcism is here understood as a form of symbolic redemption, whose effectiveness should be analyzed in the context of an existential crisis. The analysis is set against a theoretical backdrop provided by authors such as Lanternari, de Martino, John and Jean Comaroff, Ardener, Mbembe. 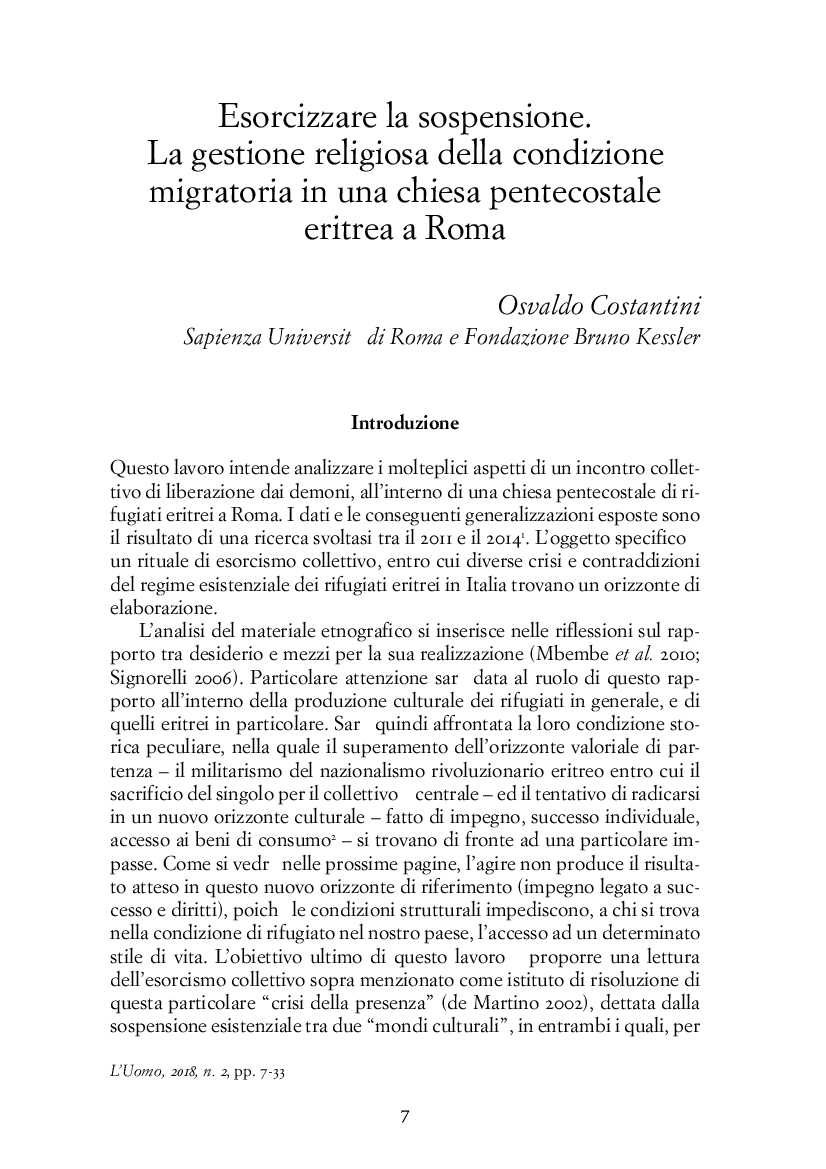