The article shows how ethnoastronomical research in the Andean region of Bolivia can be resourcefully compared to the ethnohistoric sources with the aim of identifying the nature and function of two important Andean constellations. Illapa / Santiago is, according to several XVI-XVII century chroniclers, a character of the Inca pantheon represented as a man residing in the sky, armed with a sling and throwing bolts. These characteristics are found in the Llamero / Hondero constellation and in the nearby Honda / Warak'a, constellations known today in the Andean region. The Llamero / Hondero constellation is one of the most prominent figures in the Andean night sky, immersed in the Mayu, the Milky Way. The former is a dark constellation whereas the latter is made of stars. The comparison with the descriptions of the chroniclers confirms the equivalence between the Llamero / Hondero and the Inca and colonial Illapa / Santiago. A further comparison between the visibility and the spatial disposition of the asterisms confirms the hypothesis about the function they had in conveying rain to earth. This aspect is also apparent in the association of the god with the mines, in the act of throwing lightning and bolts towards and under the ground, in so making the fields fertile. 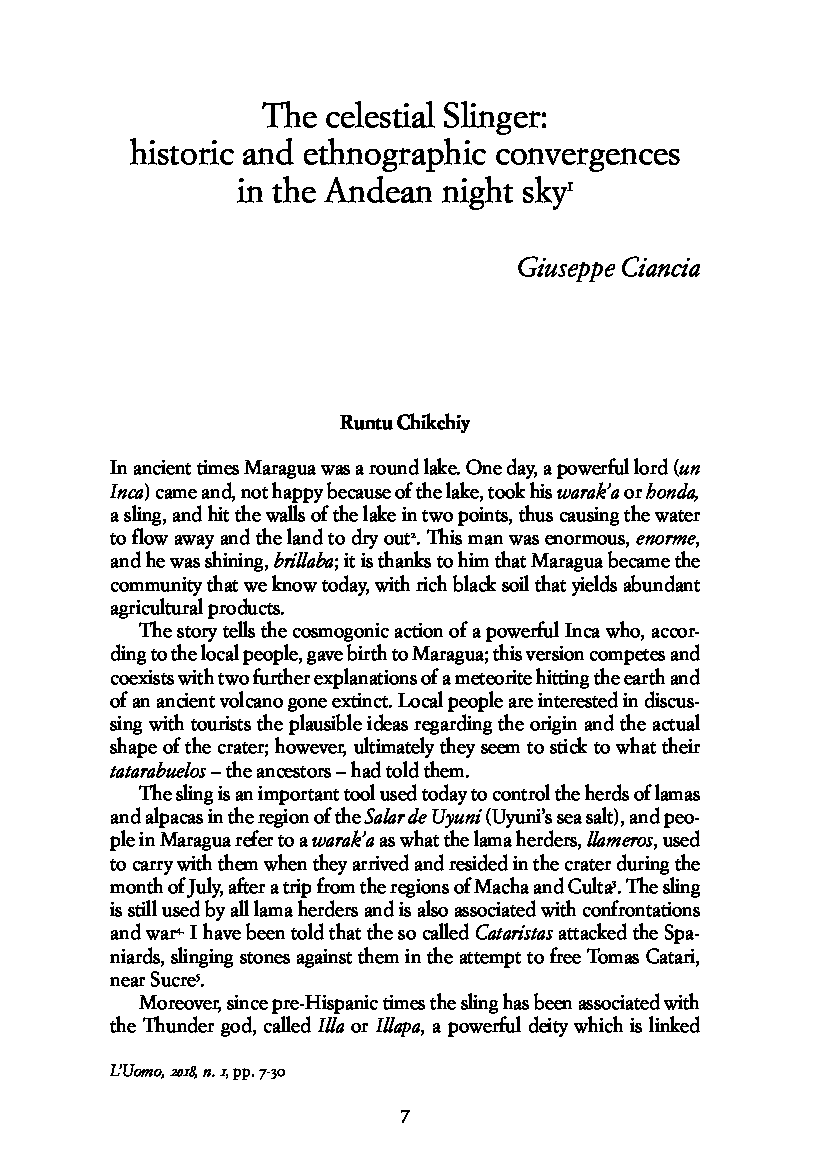