The word "Gurunsi" (or "Grunshi") refers to a group of decentralized societies of West Africa (Northern Ghana and Southern Burkina Faso). The article aimes to describe the relation between this ethnic category and the history of slavery, to underline the local origin of "Gurunsi" and to show that the ethnonym was shaped in the field of violent power relations between the decentralized societies of the Voltaic region and the neighbouring kingdoms. The ethnonym "Gurunsi" has been the subject of a debate among scholars because of its uncertain semantic extension and its clearly derogatory implications, which are discussed in the article. Between the Seventeenth and the Nineteenth centuries, the gurunsi territory was heavily affected by the slave raids launched by the Mossi kingdom of present-day Burkina Faso and the Dagomba and Mamprusi kingdoms of present-day Ghana (and then, in the last decades of Nineteenth century, by the Zamberma). Indeed, the etymologycal understanding of the term "Gurunsi", combines the ideas of "uncivilized", "uncircumcised", "naked" and "prey", a list of negative attributes that originated from the Mossi and legitimated the predatory attitude of the latter towards decentralized societies. Even though the use of this ethnic category was later on propagated by colonial ethnographers, the "Gurunsi" are the result of a precolonial invention. 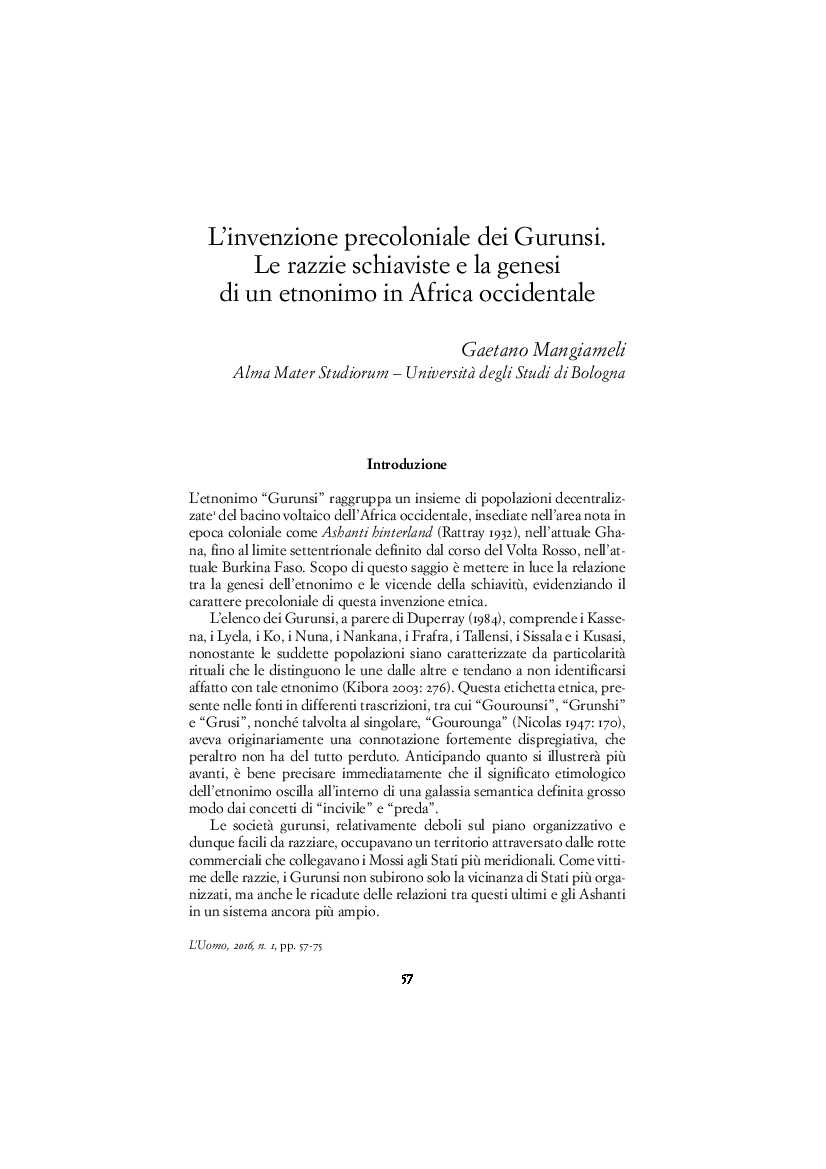