This essay focuses on independent female migration as it has developed in Santo Antão (Cape Verde) and its effect on life in the place of origin, specifically both significant economic changes and shifts in social and cultural identity. Through an analysis of life histories and qualitative interviews, I highlight complex dynamics between migrant women and those who remain in the place of origin and explore the processes of renegotiating household organization and gender relations that have been generated by women's mobility. Relations between migrant and non-migrant women are complex and ambivalent in contemporary Cape Verde society, with migrants envied yet burdened with obligations and expectations, taking on the role of insider/outsider. For their part, the women who stay gain economic and social power, becoming "surrogate" family heads and thereby reinforcing the matrifocal family structure already present in Cape Verde even while giving rise to new, allfemale transnational households. Female migration has also posed a threat to the long-standing patriarchal model of male authority interwoven with widespread informal polygamy in the area, ultimately affecting gender relationships and forms of family organization. 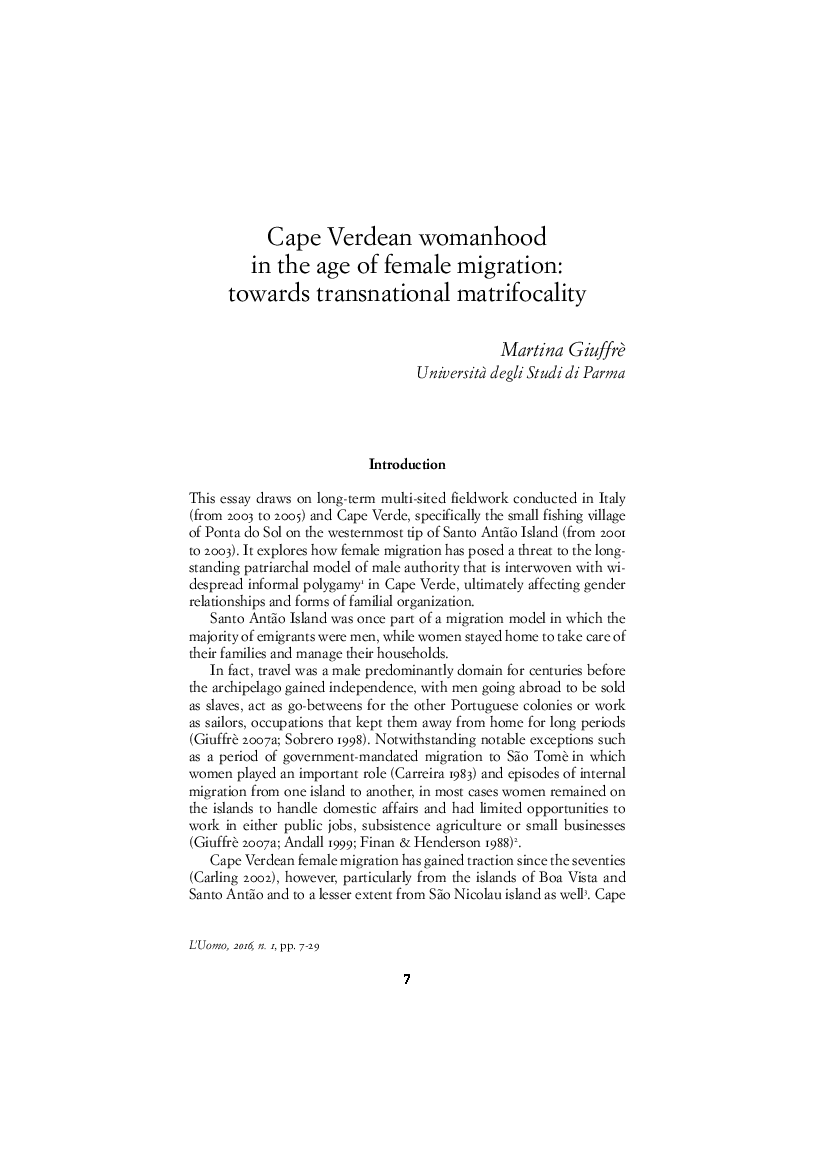