The present article wishes to explore some problematic aspects of the notion of restitution by analysing the repatriation policies developed by native populations movements in North America and Oceania. Despite being based on the universal discourse of human rights and heritage protection that is typical of international bodies, the claims of such movements are often characterized by a strong antagonism towards the West and by a dogmatic retrieval of an 'authentic' culture of the origins, rediscovered in proprietary terms. In response, certain museum institutions, willing to protect their collections, tend to react by invoking the inalienability principle when it comes to national heritage and defending their role as custodians and enhancers of disputed assets. Within this framework, and in order to suggest some possible alternative solutions to the discourse of restitution, the article brings to the reader's attention the original proposal developed by the Kanak people in New Caledonia. Based on the innovative notion of objets ambassadeurs and aimed at enhancing the cultural connections and relationships built throughout time by Oceanians and Europeans, this vision has fostered a fertile dialogue with several museums, opening up horizons where sharing and collaborative practices can take place. 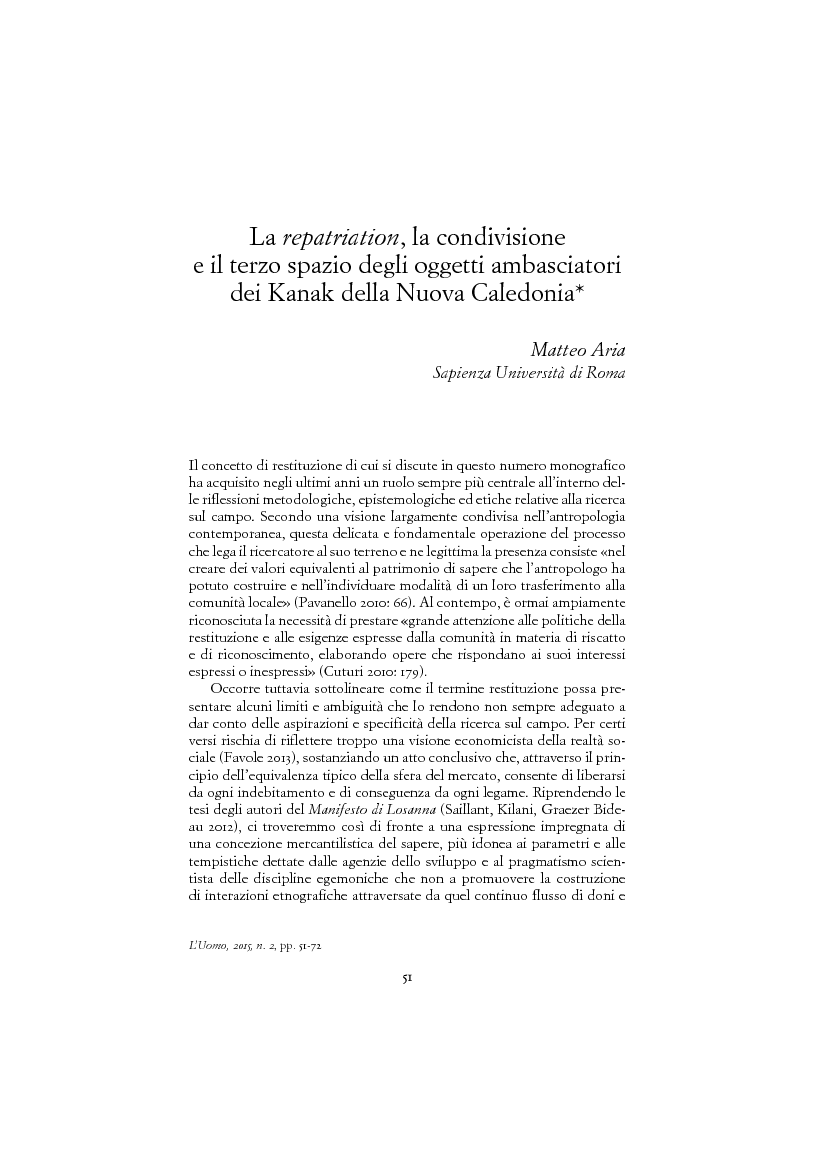