Thanks to a letter from Kehl’s printer and through unpublished documents found in the Archives de la Chambre syndicale de la Librairie et Imprimerie de Paris, it is possible to reconstruct the editorial history of some of Alﬁeri’s works (Della Tirannide, Del Principe e delle Lettere, L’Etruria vendicata) and enter the printing workshop to observe the material process of production of Alﬁeri’s volumes, starting from the correction of the proofs, exchanged by mail between Kehl and Paris, passing through the preparation of replacement cartons, up to the binding of the ﬁles sheet. In this way it is also possible, for the ﬁrst time, to shed light on the episode of the conﬁscation of all the printed copies of Etruria vendicata by the French royal censorship, which happened in October 1788, and led to their release only after negotiations directly involving the author. 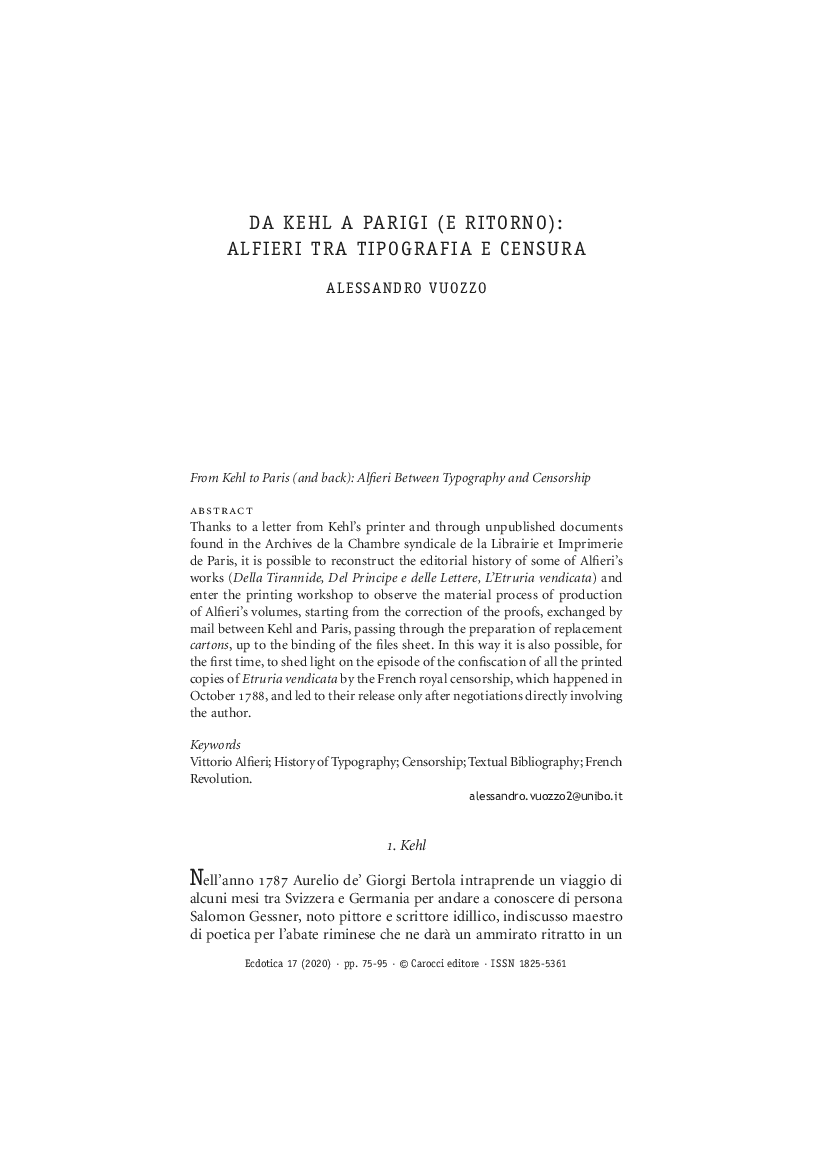