Issues such as those of the role of the State and of “economic democracyµ, which have long been neglected to adopt a narrow and self-destructive concept of primacy of the market, are re-emerging right now. The attention once again paid to “economic democracyµ is prompted by the interconnection of three issues: the emergence of trends towards secular stagnation, the impacts of the technological innovation process, and the dramatic consequences of the coronavirus epidemic. To cope with the extent and nature of the catastrophe caused by the pandemic, as well as with the empirical scenario featuring intense structural transformations that have been taking place for years now (recurring risks of recession, the slowdown of emerging economies, the decrease in exports and world trade, the reduction in domestic demand of the various countries, the collapse of public investment, hindrances to the action of the Public Administration due to cuts, restrictions, and a downsize of the public sphere), it is necessary to adopt a high-level approach to “economic democracyµ issues – an approach that underlines the “neo-humanisticµ foundation of “economic democracyµ, and reveals its economic and deeply ethical and political nature. It is not by chance that, according to recent authoritative statements, “economic democracyµ issues have been connected with those of the future of capitalism, and the reflection on capitalism has been focused on morality issues. 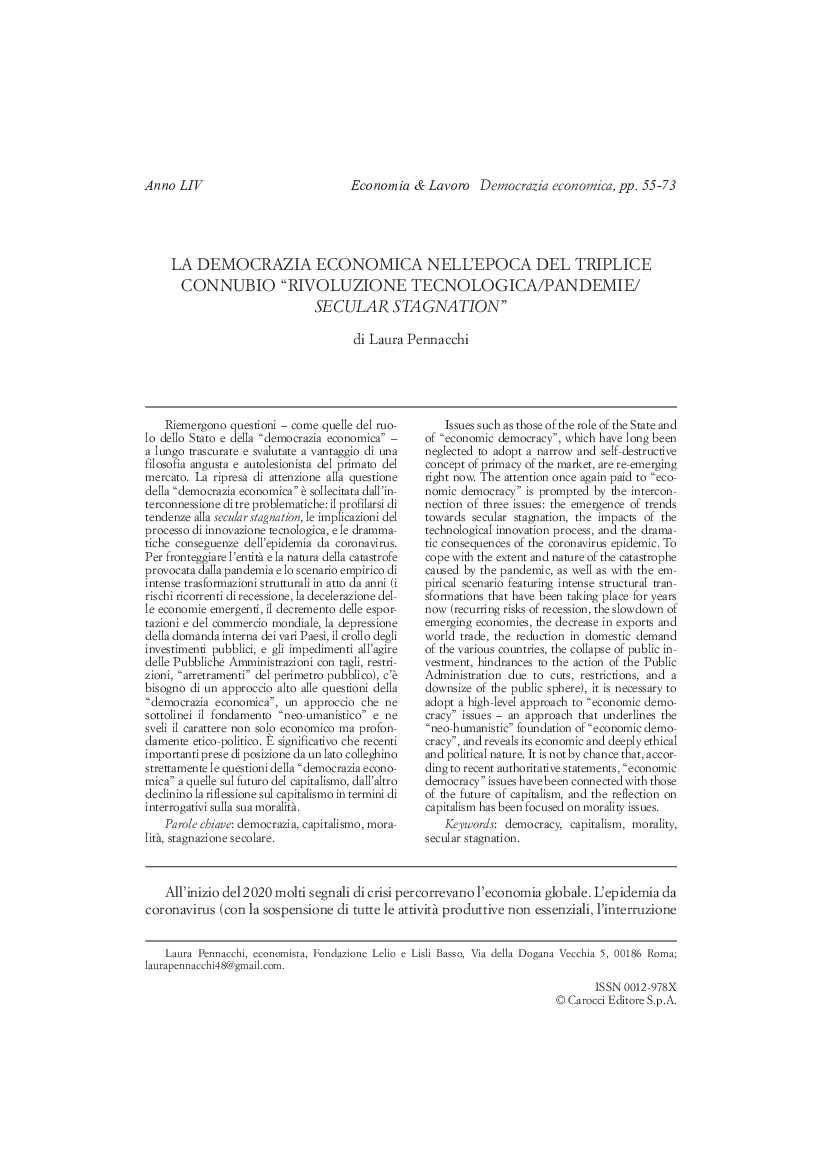