The volume by Francesco Silva and Augusto Ninni is an outstanding contribution to the study of the Italian economic development in the years 1947-1989 and of its burdensome inheritance for the following decades. The analysis skillfully weaves economy with history and politics. The authors show that the progressive decline of the Italian economy in the 1990s and in the beginning of the new century was largely due to the huge public debt, the weaknesses of large corporations and of political and social institutions, the unresolved problems regarding southern regions, the low employment rate, and the large-scale and growing phenomena associated with corruption, tax evasion, and organised crime. The book partly understates the problems due to the too weak effort made by Italian enterprises and the State in relation to R&D activities, the diversification of production towards new products and services, and the transition towards energy saving and less polluting technology. Yet, the volume offers a great and intense picture of the Italian economic evolution after World War II. In the concluding chapter, the authors also suggest some valuable recipes for the improvement of the economic and political system. 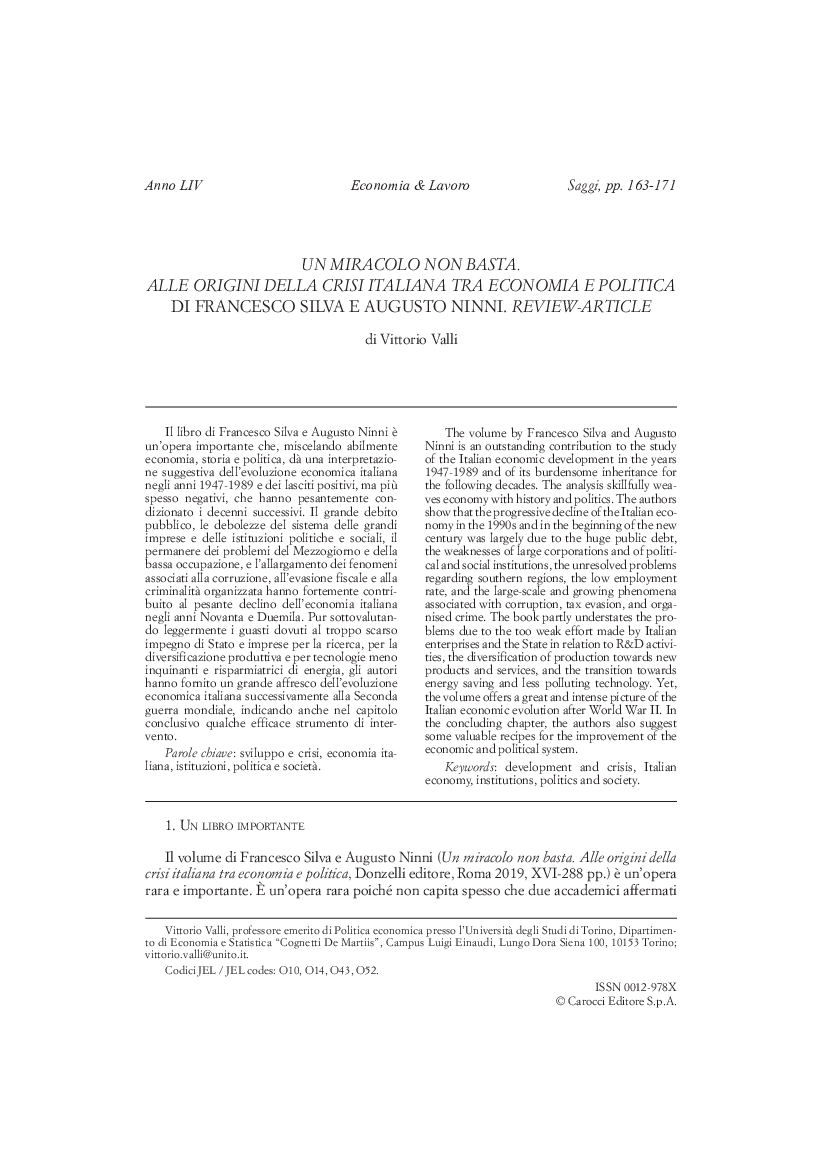