The purpose of this paper is to highlight some problems in the so-called "gig economy", concerning especially the classification of workers, with regard to the Hungarian context (more accurately, the so-called 'third' employment category in a general way, not only from the gig-economy perspective). In fact, the classification of workers in the gig economy has recently been the subject of a heated debate. This is not the first time labour law regulation has been confronted with similar problems. The debate about the introduction of a third category of workers to cover the 'grey area' between self-employed and employees had already arisen before the gig economy became a subject of public debate. At the same time, we cannot underestimate the importance of the problem. The contribution focuses on the recent proposal of introducing such a third category into Hungarian law, the "person similar to an employee". It describes the main protection rules, as well as the planned scope of this category, and the potential of its application. It explains why the proposal had been rejected, in the Hungarian political debate, just a few years ago, and why it could give rise to disputes once again. 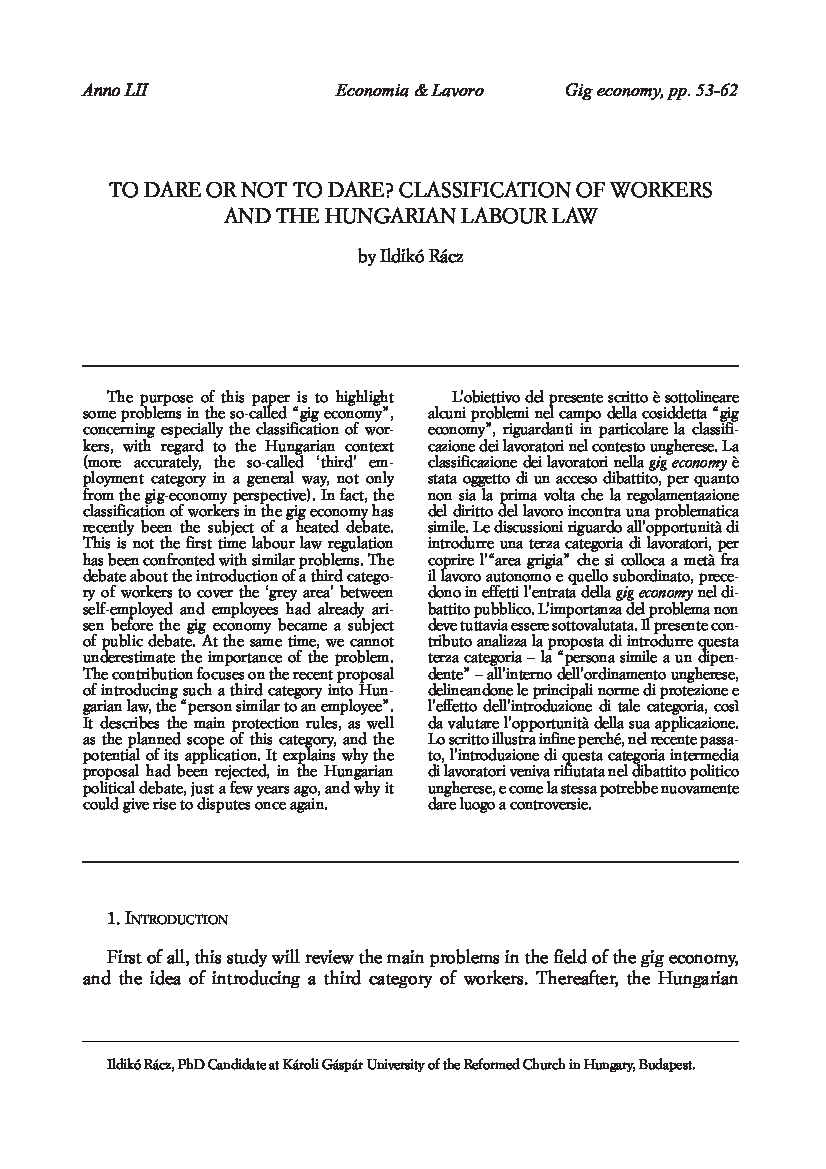