This essay analyses two of the best regional models of employment services, the ones adopted in Lombardy and in Tuscany. Following the rejection of the Boschi-Renzi constitutional reform through the last referendum, different regional systems will continue to be in place. The Single Job Grant ("Dote Unica Lavoro", DUL) programme in Lombardy envisages the introduction of a quasi-market, with vouchers assigned by public and private services according to the objective profiling of beneficiaries in different groups. This is aimed at limiting cherry picking and creaming. Moreover, in order to avoid gaming, the programme envisages a reward that, based on the Anglo-Saxon black box approach, is conditional upon the activation of an employment contract of at least six months. DUL was used as a model for the national reform (Legislative Decree No. 150 of 14 September 2015) with a few small differences, such as the monitoring, supervision, and evaluation role assigned to the public sector in order to avoid conflicts of interests in the profiling of beneficiaries. In the implementation of the reform, Tuscany attaches greater importance to forecasting demand for training and jobs (a task to be carried out by DUL operators), as well as to training (in addition to placement). 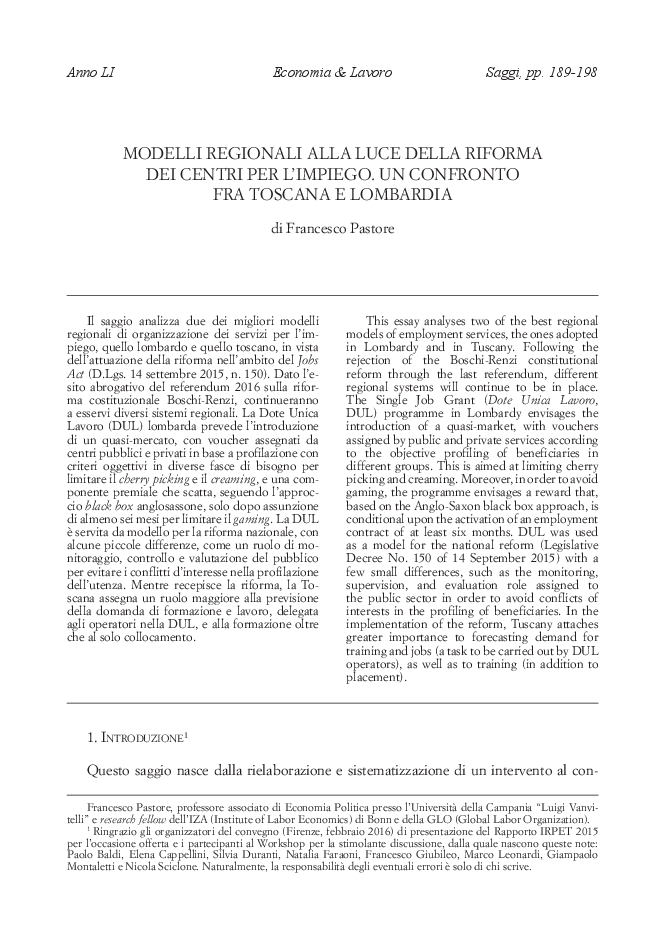