This paper investigates the impact of an (unexpected) increase in retirement age on Italian firms' hiring decisions. Using data derived from the Survey on Employers and Employees, conducted by the National Institute for Public Policies Analysis (INAPP) in 2015 on a representative sample of Italian firms (partnerships and stock corporations) active in the private non-agricultural sector, we show that the increase in retirement age associated with Law no. 214/2011 (so-called 'Fornero Reform') prompted, between 2012 and 2014, 2.2% of Italian firms to abstain from previously planned hirings. This implied a net loss of new hirings corresponding to 43,000 workers. Based on such evidence, we can confirm the assumption that the increase in retirement age triggered a reduction in new employment. Furthermore, the application of simple regression models allows us to test whether this reduction in new (previously planned) hirings also impacted on the age structure of the workforce and on work organisation within firms. Estimates point out that, following the reform, the employment rate of young people aged less than 35 decreased, as did the percentage of fixed-term employment contracts, whereas the share of workers involved in vocational training activities increased. Finally, regression results show that the reform brought about a decrease in women's employment rate. 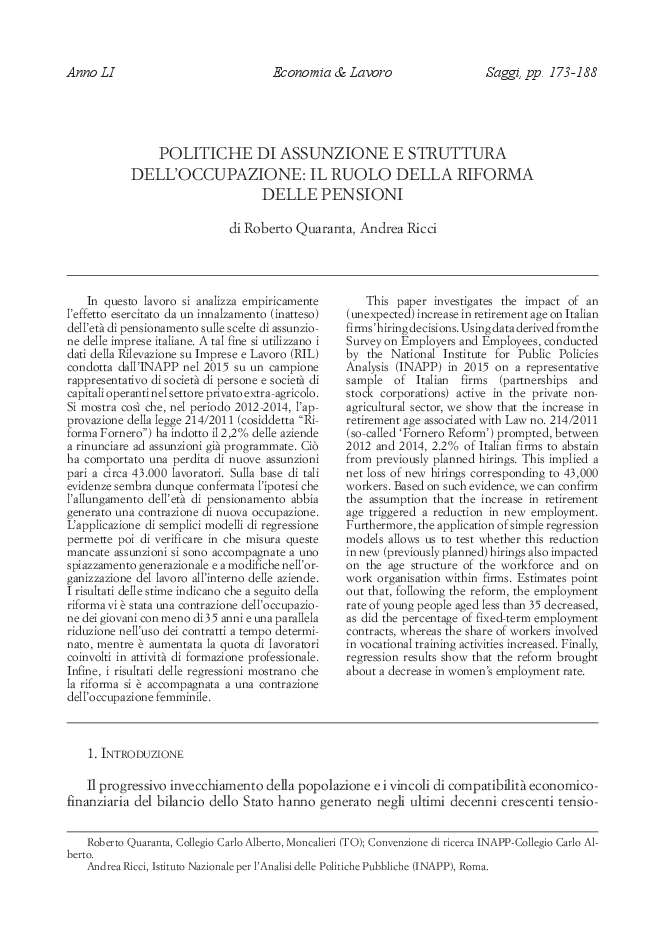