The reflection on the so-called 'Hot Autumn', and in general on 1969, can now benefit both from the analysis conducted by sociologists, economists, and jurists, and from some recent studies that have tried to historicise this period. The reference to this new and rich series of studies on Republican Italy - interpreted taking into account the changes in work and industrial relations - is particularly useful because it frames the events occurred in 1969 and during the Hot Autumn within a broader historical perspective. All of this raises a question as to why in 1969 the economic and social phenomena, as well as the political and institutional ones, had an impact on trade unions. At first glance, the answer to this question is trivial and can be easily found in the existing juridical, sociological, and economic literature. However, if considered from a historical point of view, the question gains much more significance: the focus shifts towards the close examination of the historical features of Republican Italy, of which the year 1969 becomes a turning point in the double sense that it is at the core of a long and homogeneous period (begun in 1967-1968 and ended in 1972-1973) and forms part of an unprecedented cycle in the history of united Italy. 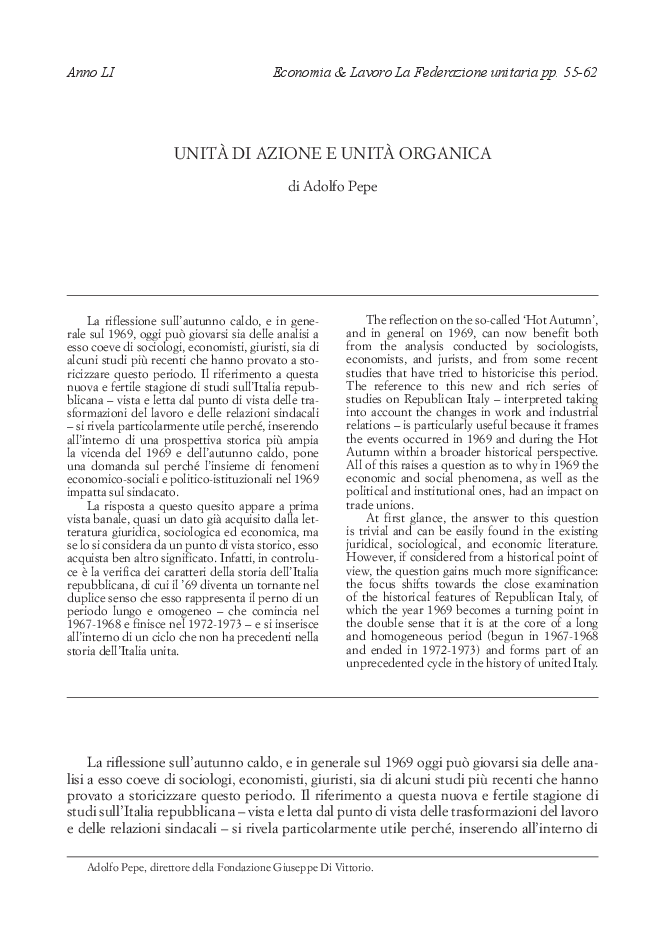