Marcello de Cecco was an economist, to be intended as a social scientist whose essence cannot be reduced to the abstract and highly technical specialism that in the last decades has been so highly popular in economics. From his contributions on the troubled events of the European Union and of the euro there emerges both the complex interaction between analytical, empirical, institutional, historical, social, and political aspects, and the responsibility of the dominant economic vision. Even though the Great Recession broke out in the USA and has been powered by monetarist orthodoxy relaunched by the Chicago school of economics, its most perverse effects have been felt in the European Union because its construction has been permeated by that theoretical vision as well as by the myopia and national idiosyncrasies that prevailed on the unifying spirit of the original project, which, instead, it is essential to refer to. 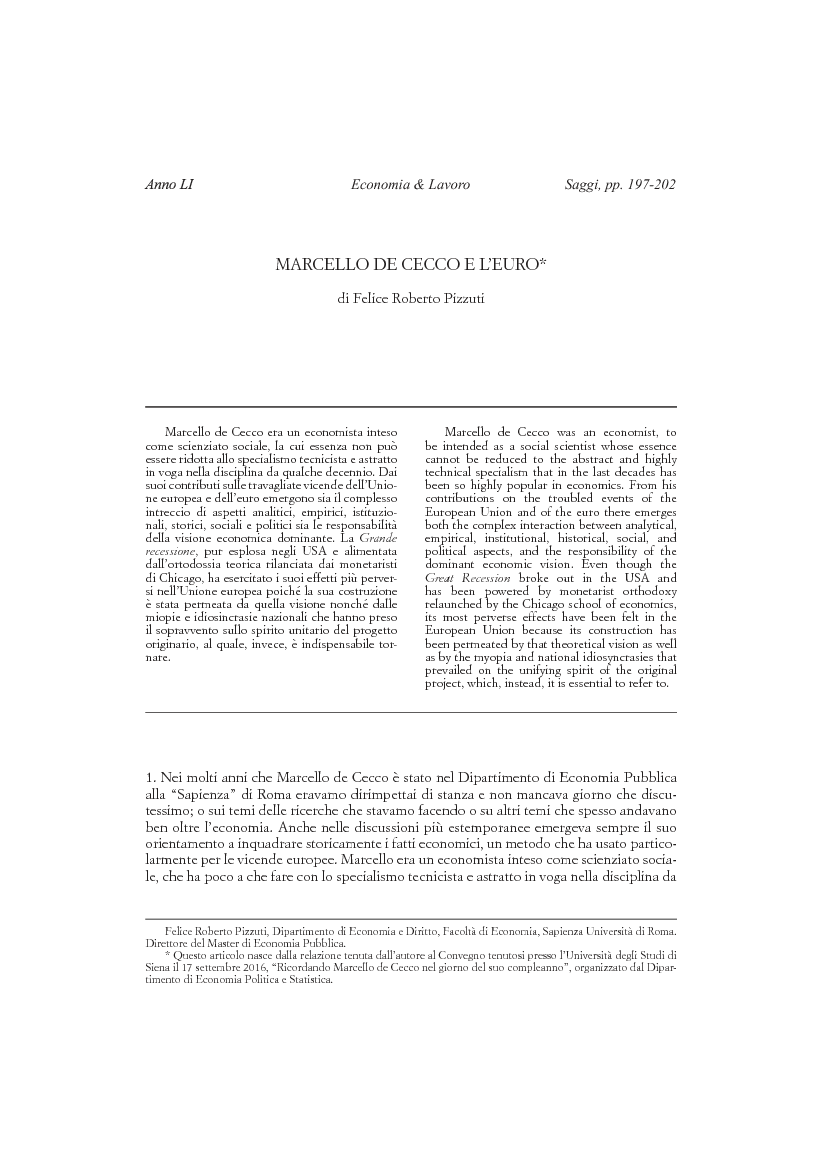