The paper focuses on the changes that occurred to the architecture of industrial relations in Southern-European countries during the last decade. In particular, the bargaining systems of Italy, France, Spain, Greece and Portugal are compared, with particular attention to the legislative measures enacted under the influence of international institutions after the 2008 financial and sovereign debt crisis. The theoretical framework of reference is the literature on comparative politics as recently reviewed by Thelen. At the same time, the work takes into account the labour law dogmatic category of "inderogability", represented by the couple law-branch agreement, outcome of the Fordist class compromise. Recent trends of industrial relations show that such a binomial has been strongly eroded in front of the strengthening of company and plant agreements prerogatives. Therefore, by using a multidisciplinary approach, the paper concludes by arguing that the countries analysed are shifting from a highly regulated pattern to a common "neo-liberal" trajectory, with the asymmetry of power between labour and capital growing in favour of the latter. 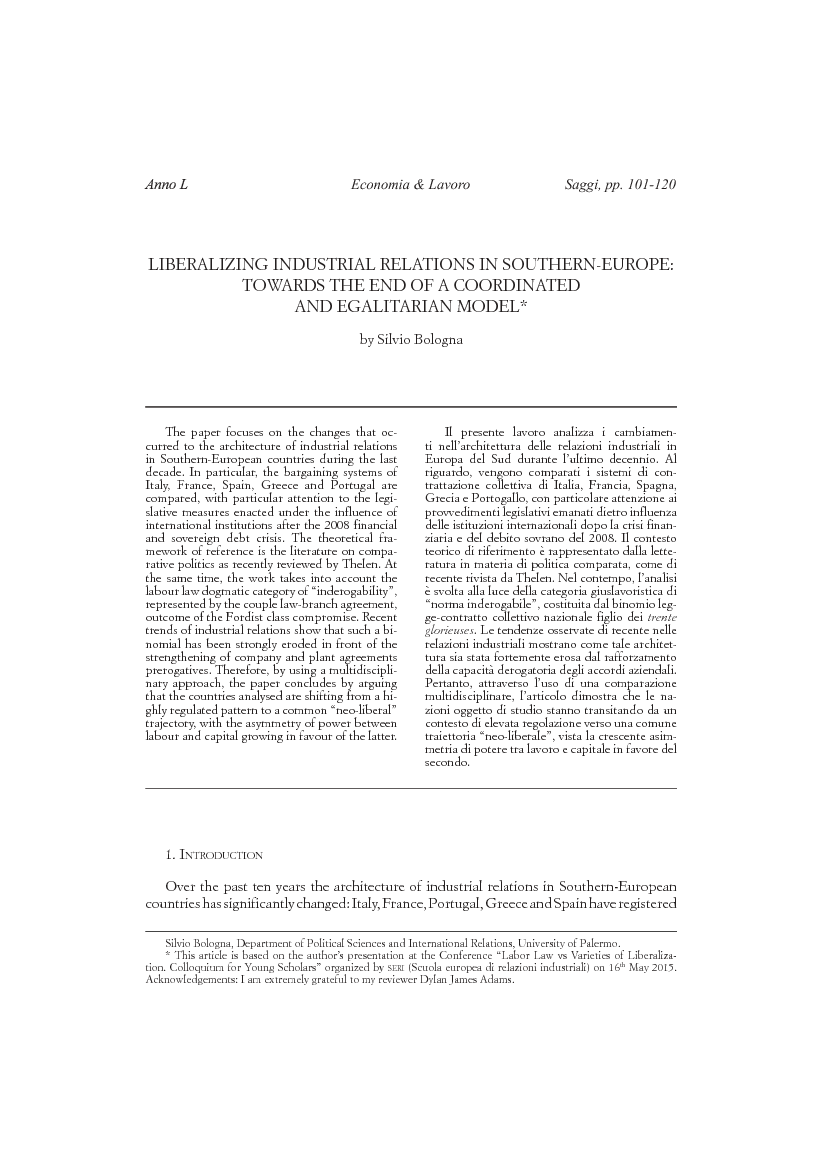