This essay aims at analysing social policies and focuses on describing the sequence of events that allows for a correct interpretation of the features and importance of such policies, with a reference to their historical background. After dealing with the initial period of social policies - which merely consisted of assistance activities provided to the "poor", without any recognition of social rights -, the author analyses the debate on citizenship rights, which reached its peak during the English Revolution, and outlines the relationship between social policies and citizenship in industrial society, as well as between democratic liberalism and social revisionism. The article ends with an interpretation of the expansion of social policies, which occurred in the mid-1950s of the last century, as well as of the long-lasting and complex crisis of the welfare state, whose impact on postindustrial society should be thought through. 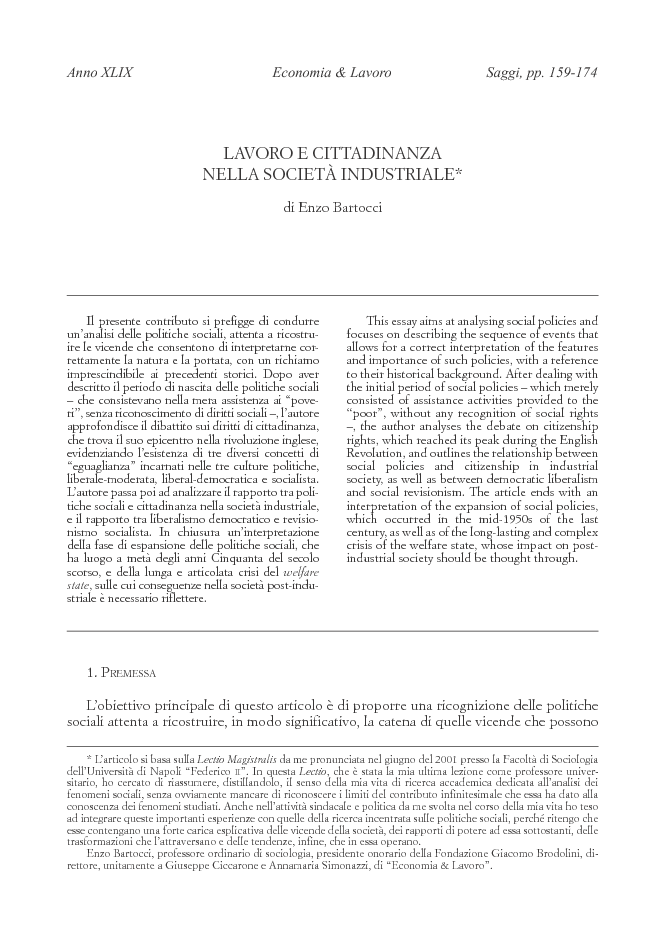