This paper analyzes the Transatlantic Trade and Investment Partnership, a proposed free trade area between the European Union and United States. Resulting in the largest free trade area in the world and encompassing almost half of global gdp, this agreement, would have major implications. Major components of the agreement include reductions in tariffs and potential changes in (or mutual recognition of) product standards. In the following paper, the policy-making process, the policy type, and policy mode will be explored, with particular attention devoted to the Classical Community Method and the European Commission's significant role in pushing this legislation forward. As so many interests are at stake, a wide range of actors will be examined, including both the formal (European/US government institutions) and the informal (non-governmental organizations, lobby groups). Finally, overall gains and risks of the partnership, plus its potential effects on third countries, will be discussed. 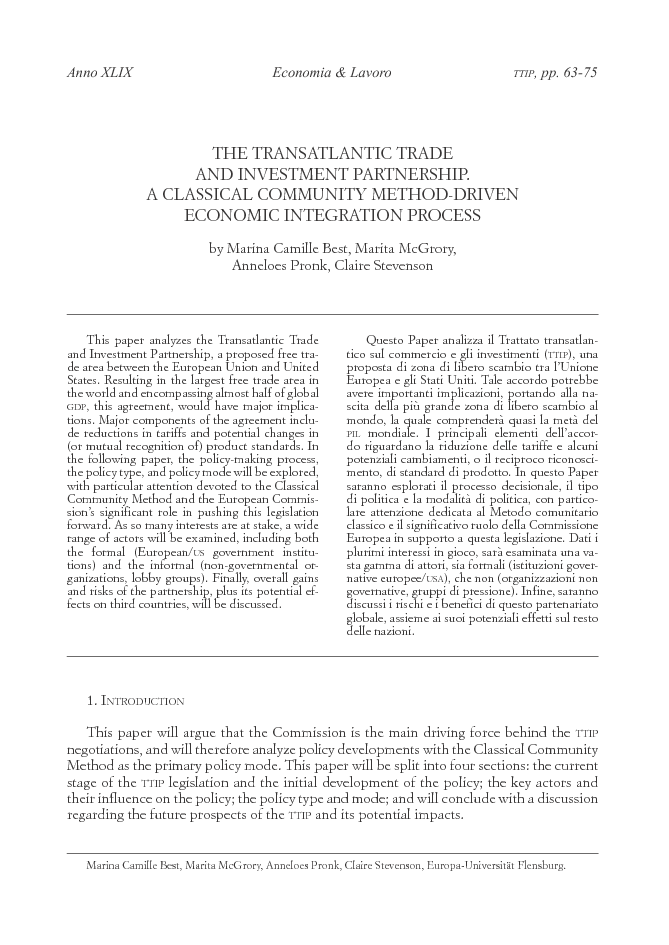