Piero Boni was a fighter in the Italian resistance movement, a committed socialist, a pragmatic trade unionist, and a man of the utmost integrity. He worked tirelessly for the unity of the trade union which had split after the breakup of 1950: the aim was to overcome the logic of unity of action towards a rationale of unity of purpose. Even after the failure of such an attempt, and although the major political parties were hostile to him, Boni carried on his struggle as a university lecturer and as President of Fondazione Giacomo Brodolini, which he chaired from 1978 to 1992. Being true to himself, he rejected the proposal to stand as a candidate in the lists of the Italian Socialist Party (psi) for the 1976 elections of the Senate, since he was convinced to give a more valuable contribution within the union organisation. In a changed political scenario, which led to the first Craxi Cabinet, Boni was opposed by the new Secretary of psi, and decided to resign from the Italian General Confederation of Labour (CGIL); he accepted his defeat but continued to strive for what he saw as the fundamental objectives of socialism and trade unionism. 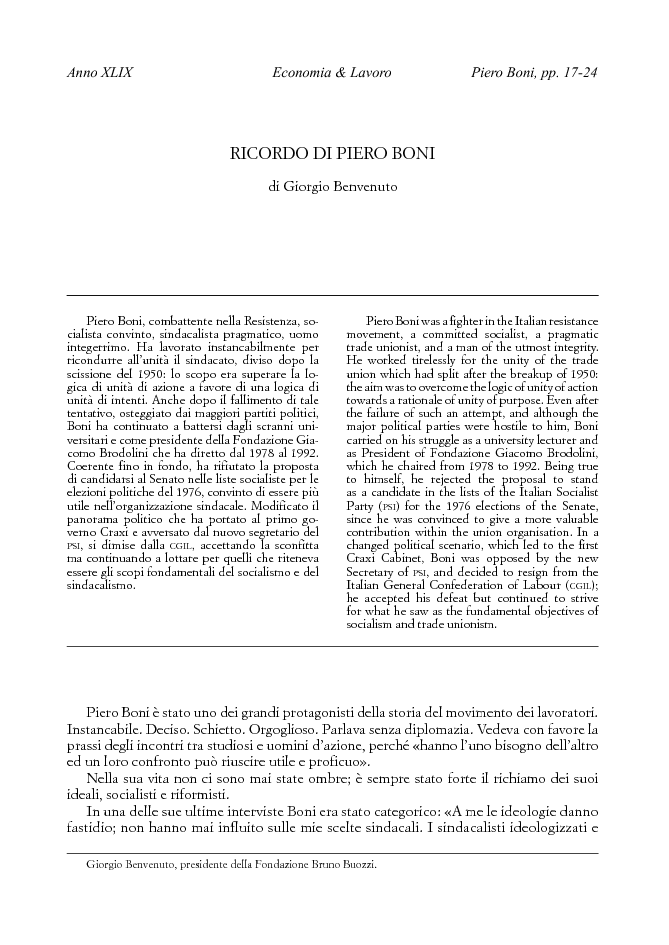