The main research on the cognitive foundations of the economy has claimed for many years that there is a clear separation between the theory of economic rationality and the psychology of reasoning and economic decision. More recently, the relationship between the two disciplines has become increasingly tight and cross-fertilizing. While Economics proposes normative theories about what it means to decide rationally, Psychology provides an explanation as why individuals frequently make irrational decisions. The role of intuition in decisionmaking, as well as the effect of emotions, are also relevant. The issue of rationality should then be tackled by finding appropriate restrictions of the definition of the term 'rational', which in its common usage stands for 'reasonable' and/or 'acceptable to reason'. Economics and psychology can then find a common and useful ground of discussion by focusing on coherence rather than on substance (Legrenzi, Girotto, 1996). As acknowledged by the mainstream theory, the notion of Bounded Rationality (Simon, 1972) is central in explaining the failures of human decision processes. We hence took this concept as our starting point in the analysis of the complexity behind the individual choices, taking into account the cross-fertilizing relationship between economics and psychology. 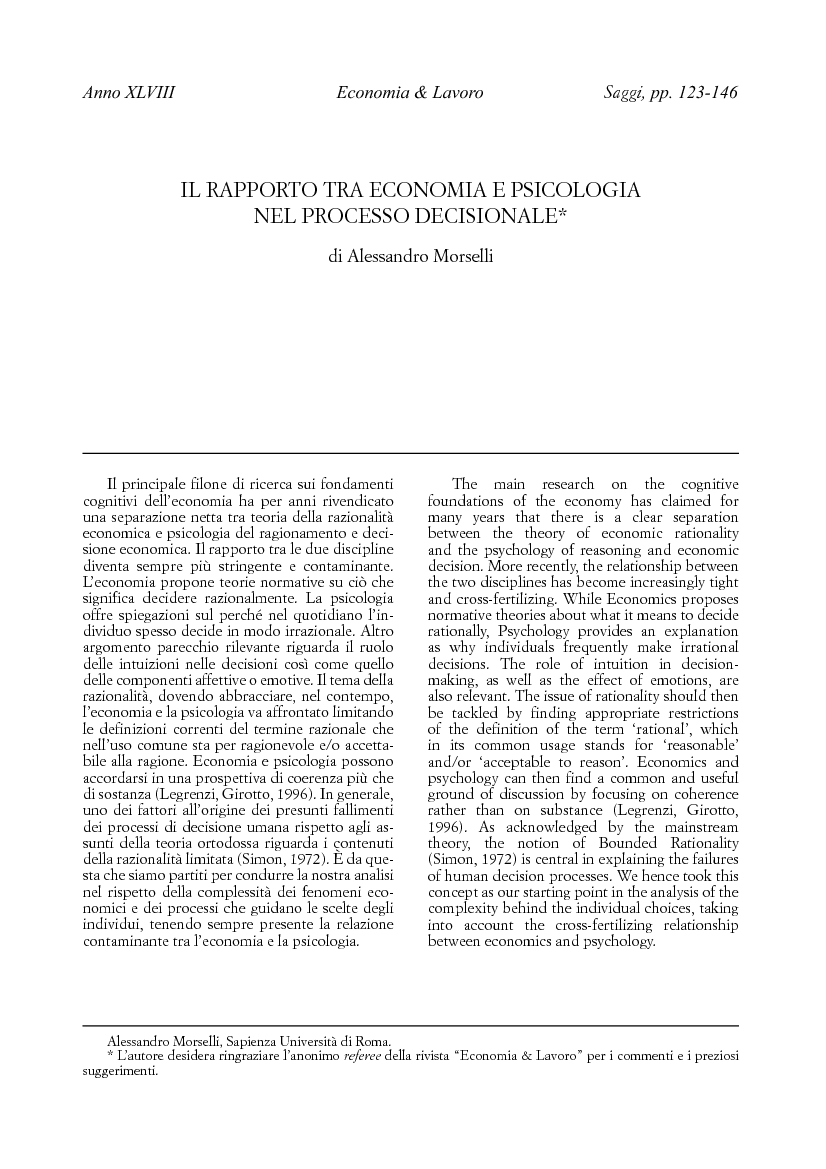